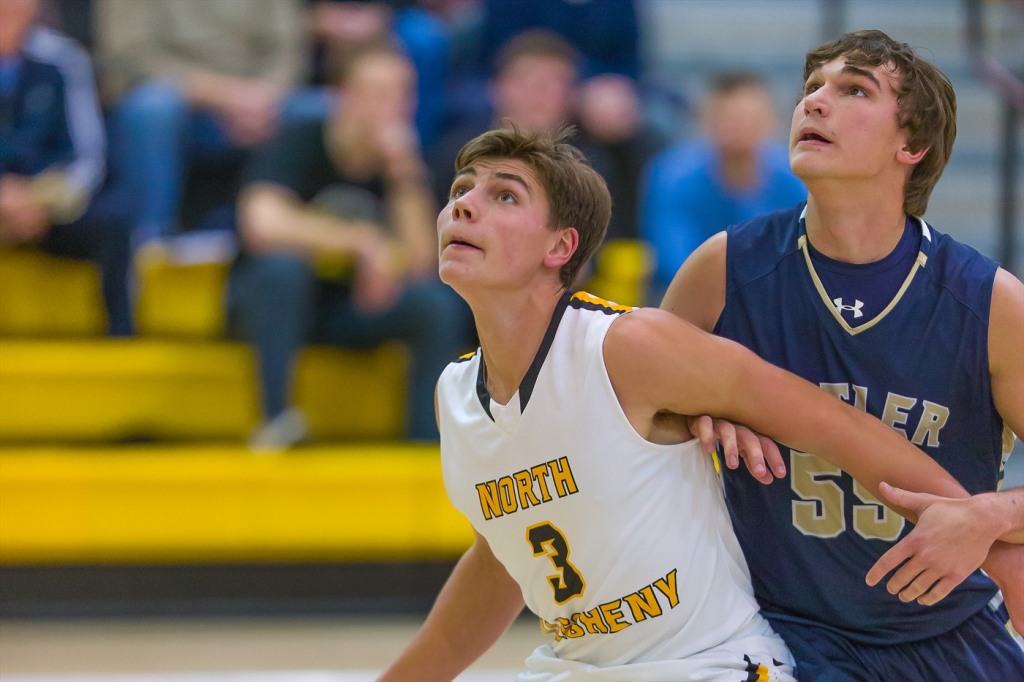 The top-ranked North Allegheny boys’ basketball team had no trouble with fourth-ranked Seneca Valley Friday night defeating the Raiders, 84-58.  Cole Constantino scored the first 10 points for the Tigers as they jumped out to a 14-2 lead and never looked back.  North Allegheny used its entire bench and eleven different players scored for the Tigers.

Leading the way for North Allegheny was Constantino with 23 points, Will Sandherr with 14 and Mike Fischer with 11. Fischer was named the Wright Automotive player of the game for his all-around performance.  He also added four assists and five steals.

North Allegheny remains undefeated on the season at 12-0 and has built a two-game section lead  The Tigers will now take on Penn Hills Saturday afternoon in a non-section contest.