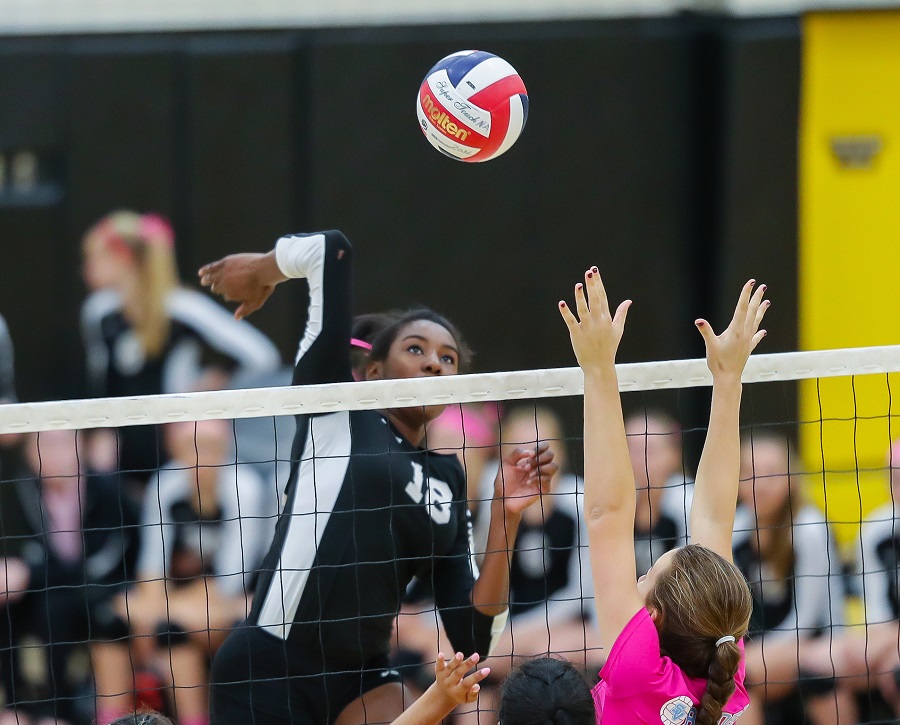 The top-ranked North Allegheny girls’ volleyball team sailed past the Shaler Titans on Tuesday night in the Section 1-AAAA opener, 3-0. The Lady Tigers won by set scores of 25-12, 25-20 and 25-11.

The Tigers stormed out of the gates in set one and used a 7-0 run to build an 18-7 lead. Junior Anna Sprys contributed to the run of points with three kills and Mika Logan added a pair of kills in the later stages of the set. Libero Allena Carmody tallied two aces as well. The opening set was punctuated on a kill by senior Kayla Dinkins, a Tulane University recruit, for a 25-12 win. Dinkins was a steady hand throughout the night and was awarded Wright Automotive Player of the Game honors.

The second set a bit tougher for the Tigers as Shaler fought back thanks to the play of junior Oyinda Agbale. Agbale posted three kills and three blocks to keep the Titans within striking distance late in the set. Shaler trailed only 20-19 before the Tigers scored five of the next six points for the win. Dinkins, Paige Miller and Avery Tuman all yielded kills down the stretch in the second game.  Senior Taylor Helkowski added three kills.

It was back to basics for North Allegheny in a third set that was dominated by the Tigers from start to finish. NA received two more kills from Dinkins and Miller in a 25-11 victory.

North Allegheny remains undefeated with a 5-0 overall record and a 1-0 mark in Section 1-AAAA. Shaler falls to 1-3 overall and 0-1 in the section. The Tigers will visit the Pine-Richland Rams on Thursday night at 7:00 p.m. in a contest that will be video streamed live via pay-per-view ($5) by the North Allegheny Sports Network. Click here to watch Thursday’s match at Pine-Richland.