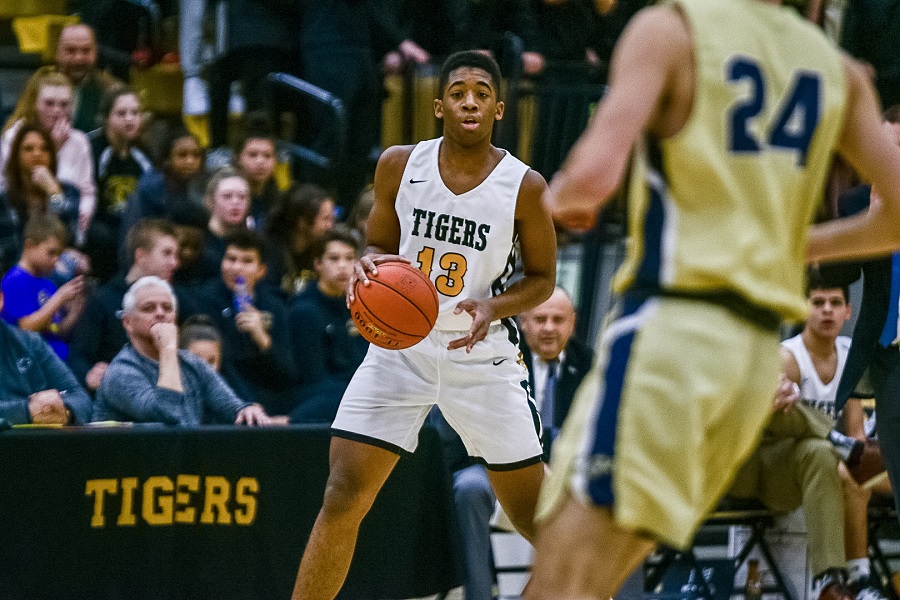 The North Allegheny boys’ basketball team fell in the Section 1-6A opener on Friday night, 61-51, to the top-ranked Butler Golden Tornado. The loss snapped a three-game winning streak for the Tigers.

On their home floor, the Tigers stormed out of the gates against the Tornado and opened up a 17-5 lead in the first quarter. Seniors Justin Altmeyer and Grant Timmerson each buried a pair of 3-pointers to jump start the NA attack.

Despite the early lead, Butler trimmed the NA advantage to 17-10 with a 5-0 run to end the first quarter. Sophomore Devin Carney developed the hot hand and knocked down four 3-pointers in the first half and helped the Tornado outscore the Tigers 23-6 in the second quarter. Butler pulled ahead for a 33-23 lead at intermission.

North Allegheny was led by Timmerson, who posted a team-best 19 points. For his efforts, Timmerson was named the Wright Automotive Player of the Game. Juniors Greg Habib and Khalil Dinkins tallied nine points each.

North Allegheny sits at 4-3 overall and 0-1 in Section 1-6A following the loss. Butler improves to 5-1 overall and 1-0 in the section. The Tigers will host the Peters Township Indians on Monday night at 7:30 p.m.