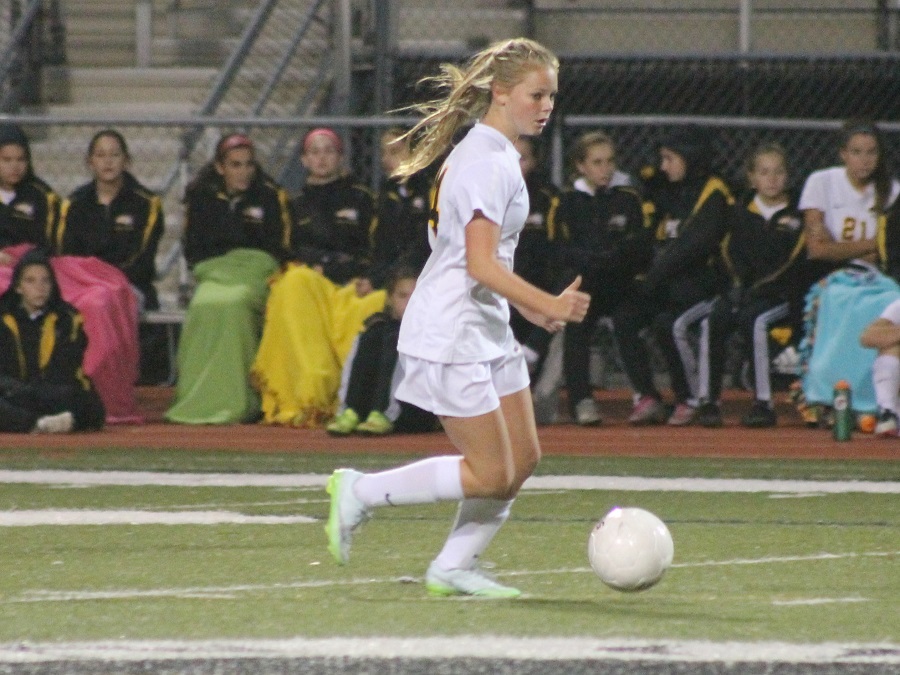 In a battle of two of the top teams in Class AAA, the top-ranked Canon-McMillan Big Macs held off the No. 5 North Allegheny Tigers, 2-1, on Monday night. Allie Thomas’ two goals were enough to keep the Section 4 champion Big Macs undefeated.

Canon-McMillan’s first goal came in the game’s 12th minute when Sabrina Bryant found Thomas who lofted a high shot over the NA goalie for a 1-0 lead. While the Big Macs struck first they did very little for the remainder of the half and managed only three shots on net.  The Tigers dictated the pace for the rest of the half and had several scoring chances, including a shot by Amanda Miller from 18 yards out in the 21st minute, but NA could not find the equalizer.

The Tigers kept the pressure on in the second half and nearly scored in the 1st minute but a shot from Gabby Smychynsky missed over the crossbar. Smychynsky got another chance in the 48th minute and cashed in thanks in large part to a perfect corner kick from Marina Thornton, and the game was tied 1-1.

The score didn’t stay evened for long as Thomas scored her second goal of the night on a header to quickly give CM the lead back, 2-1. The Tigers nearly tied the game again in the 71st minute, but the Big Macs keeper made a great save to deny a shot by Morgan Anderson to keep the score, 2-1, Canon-McMillan. Even though the Tigers outshot their opponent 12-5, the Big Macs held on for the non-section victory.

The loss snaps North Allegheny’s unbeaten streak at 10 games and drops the Tigers record to 12-3-1 overall. Canon-McMillan remains undefeated at 16-0-1. The Lady Tigers will face another undefeated team tonight when they host the 17-0 Norwin Knights. Kickoff is slated for 7:45 pm.