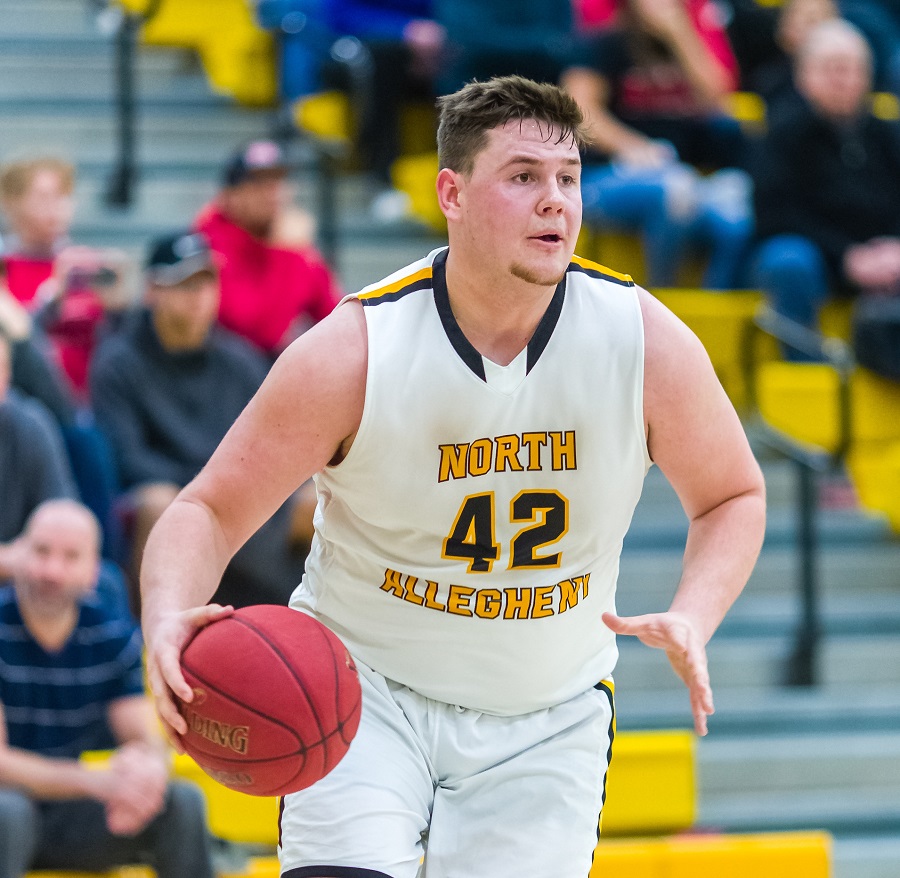 Fourth-ranked North Allegheny fought tooth and nail with undefeated Pine-Richland on Tuesday night, but the top-ranked Rams used a strong fourth quarter to pull away for a 70-55 victory in Section 1-AAAAAA action. The loss snaps a six-game winning streak for the Tigers.

North Allegheny fell behind by double figures in the first quarter, 20-10, but inched back into the game behind the play of junior guard Curtis Aiken who racked up a team-high 24 points and six assists. Senior post player Griffin Sestili contributed to the comeback effort with 17 points and emotional defensive play as the Tigers trimmed the deficit to 47-45 by the start of the fourth quarter.

However, the Rams shot 72-percent in the second half and pulled away by outscoring the Tigers, 23-10, in the final stanza. Junior swing player Phil Jurkovec tallied a game-high 28 points and eight rebounds for Pine-Richland. Senior guard Andrew Petcash added 26 points, including a 4 for 7 success rate from beyond the arc.

North Allegheny falls to 10-5 overall and 5-3 in section play. Pine-Richland remains unbeaten with a 16-0 overall record and 7-0 section mark. The Tigers will visit Altoona on Saturday at 3:30 p.m.