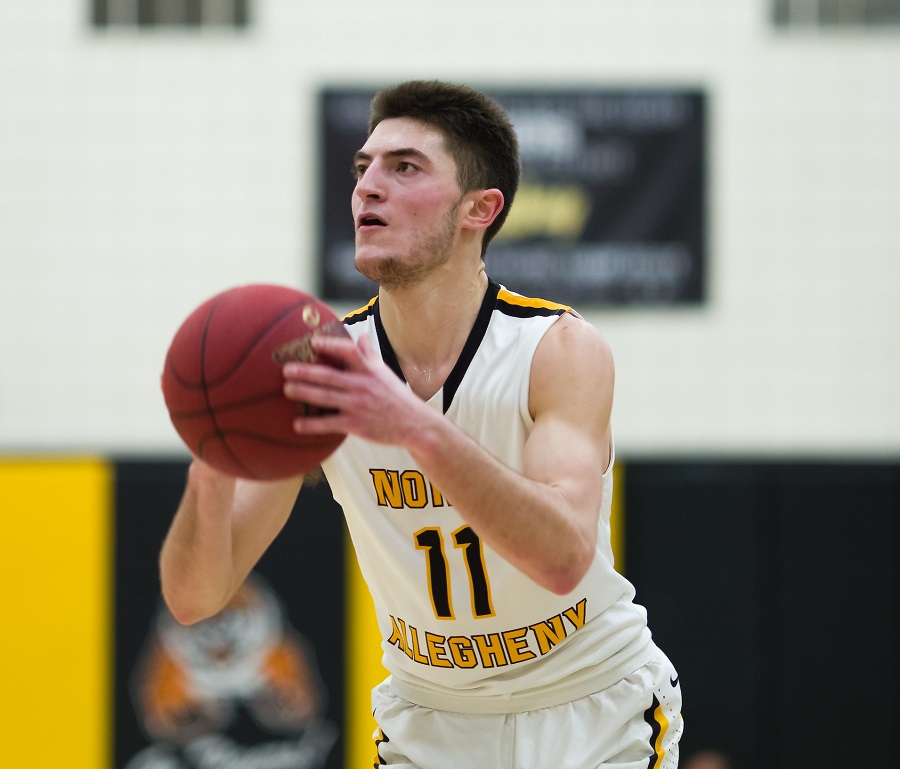 Luke Carter’s 3-point attempt at the buzzer rimmed out and the Central Catholic Vikings survived the North Allegheny Tigers for a 50-48 win at Alumni Hall on Friday night.

Trailing by six at the half, the 3-point shooting prowess of Carter sparked an NA rally in the third quarter as the Tigers stormed back to take a 43-38 lead. Carter knocked down 5 of 7 from beyond the arc and scored a team-high 17 points. Senior Isaac Barnes added 12 points and eight rebounds.

Central Catholic responded in the fourth quarter and staged a comeback of its own to edge the Tigers for an important section win, 50-48. Luke Nedrow led the way for the Vikings who scored a game-high 18 points. Nedrow did most of his damage in the first half, scoring 16 points in the first 16 minutes.

Friday’s outcome creates a logjam in the middle of the Section 1-AAAAAA standings. North Allegheny falls to 11-7 overall and 5-5 in the section, sitting in a three-way tie for third place. Central Catholic improves to 9-8 overall and 5-6 in the section, just a half-game out of a playoff spot. The Tigers hope to bounce back on Tuesday night in a home date with the Seneca Valley Raiders. The game will be broadcast live via the internet on the North Allegheny Sports Network.