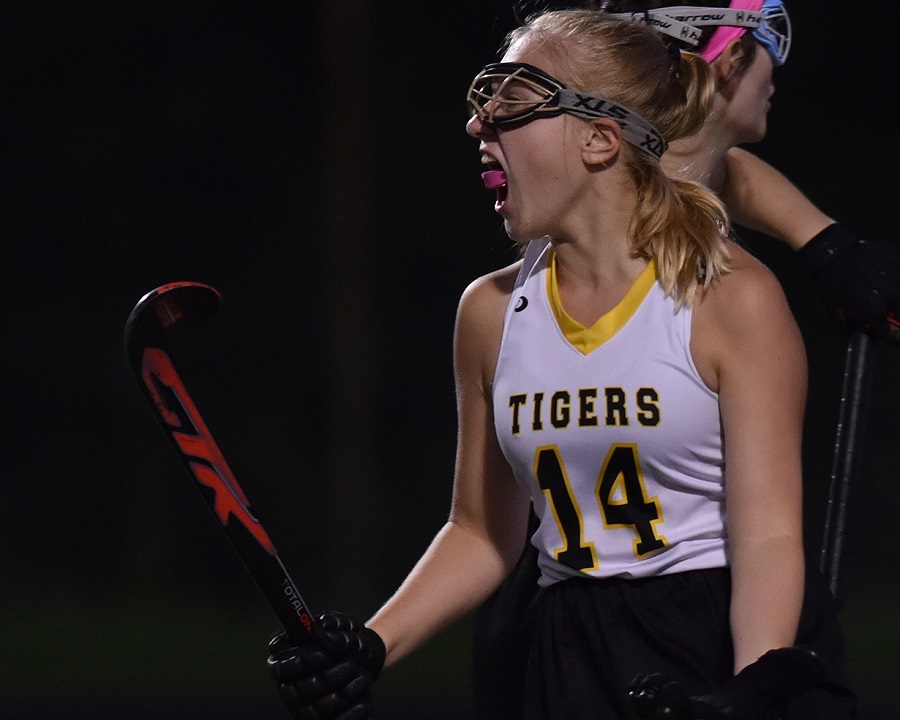 Junior Hailey Wachowiak netted four goals, three of which in the first half, to spearhead a dominant 7-1 road victory over the Hempfield Spartans on Tuesday night. The Tigers outshot the Spartans, 18-4, and buried Hempfield with a five-goal outburst in the first half.

Senior Bridget Russell opened the floodgates just over five minutes into the game to give the Tigers a 1-0 lead. Wachowiak scored her first goal of the night with 18:43 remaining in the half for a 2-0 advantage. On a penalty corner, senior Angie Genter tallied a goal with 12:15 to play in the half to balloon the NA lead to 3-0. Wachowiak scored two more times in the first to expand the score to 5-0, Tigers, by intermission.

Wachowiak struck again with 20:18 on the second half clock, assisted by Russell, for a 6-0 score. Russell netted NA’s final marker of the night with 10:36 to go for a 7-0 lead. Russell’s goal was assisted by junior Izzy Ingram.

Hempfield managed to break the shutout with just 48 seconds remaining in the game on a marker by Salena Paronish on a penalty stroke to bring the final score to 7-1, North Allegheny.

NA goalie Kali Kugler made three saves and earned the win in net.

With the win, North Allegheny improves to 9-5-1 on the season and 5-2 in WPIAL Division 1. Hempfield falls to 0-6 in the division. The Tigers will have the next six days off before a big week to round out the regular season. NA will host Mt. Lebanon on Tuesday, Oct. 16 and will visit Pine-Richland on Wednesday, Oct. 17. Both games will be broadcast live via the internet on the North Allegheny Sports Network.