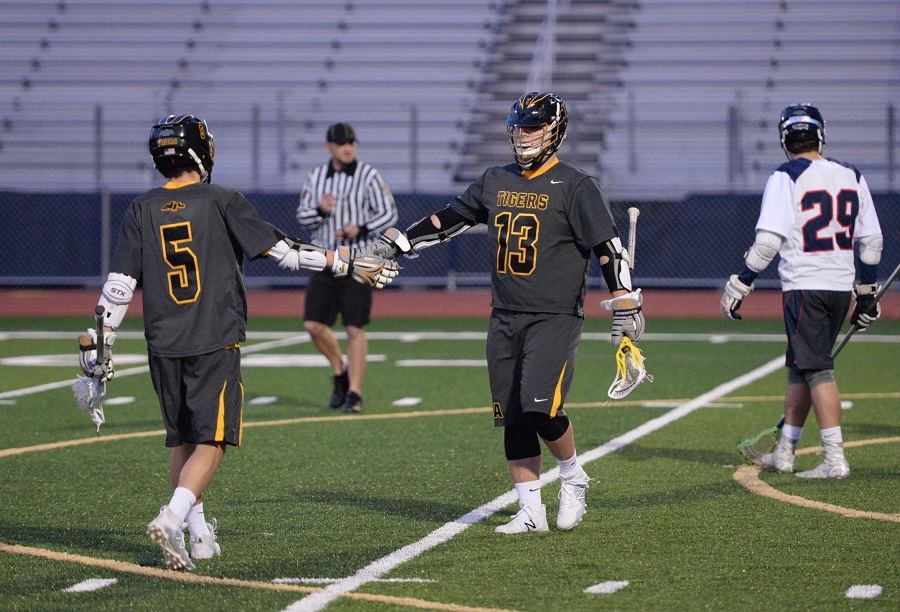 The reigning WPIAL champions flexed their muscle on Wednesday night in a one-sided victory over Shaler, 14-2, to open section play. North Allegheny senior Wes Powell led the onslaught with five goals and two assists. All five of Powell’s goals came in an eight-goal outburst by the Tigers in the second quarter.

Joining Powell on the scorecard was senior Gavin Hagen who netted three goals and three assists. Freshman Isaiah Davis chipped in with two goals and two assists, and senior Mason Mickey scored the first two goals of his career. Senior Trevor Saundry and sophomore Ben Maenza added goals in the rout over Shaler. The Tigers led 14-0 before Shaler broke the shutout with two meaningless goals in the fourth period.

With the win, North Allegheny leaps to 2-1 on the season and 1-0 in Section 3-AAA. Shaler remains winless at 0-3 overall and 0-1 in the section. The Tigers will look for their third win in a row on Wednesday, April 5 against the Pine-Richland Rams. The game will be broadcast live via the internet on the North Allegheny Sports Network.