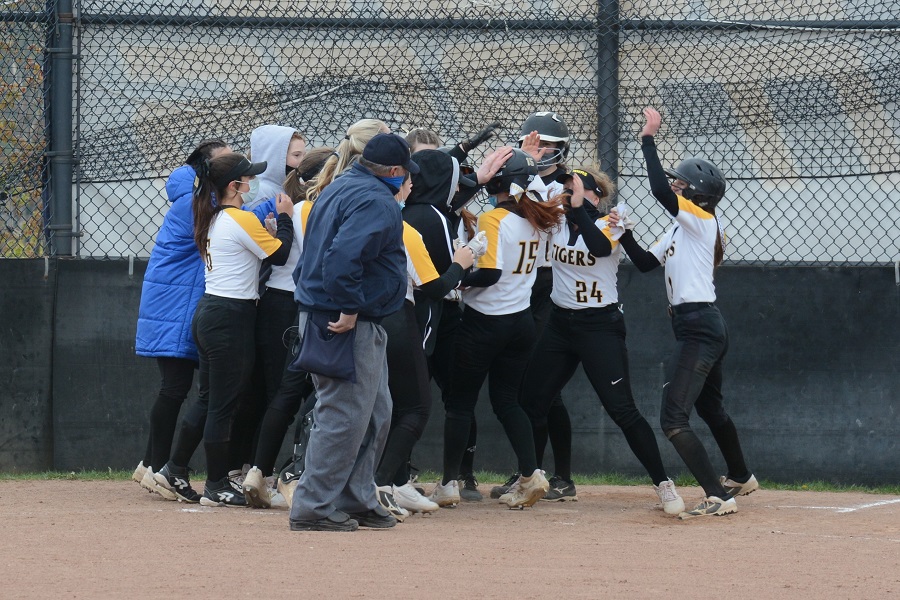 The North Allegheny Tigers defeated the Canon-McMillan Highlanders with a final score of 10-7.

NA’s offense totaled 18 hits in the contest, led by junior Alaina Whipkey who went 4 for 5 with five RBIs. Whipkey homered in the first, doubled in the fifth, homered again in the sixth, and singled in the seventh. Freshman Caitlin Logan went 2 for 4 with three RBIs, while senior Ashley Solenday went 3 for 4 with two RBIs.

The Tigers went into the bottom of the seventh inning with a 10-3 lead. Despite an offensive rally by the Big Macs that scored four runs, the Tigers’ defense held the lead. Senior pitcher Lauren Haywood threw seven complete innings, allowing nine hits and seven runs while striking out one.

The Tigers will host the Butler Golden Tornadoes tomorrow, and will honor their seniors with a ceremony before the 7:00 start. The game will be broadcast live via the internet on the North Allegheny Sports Network.