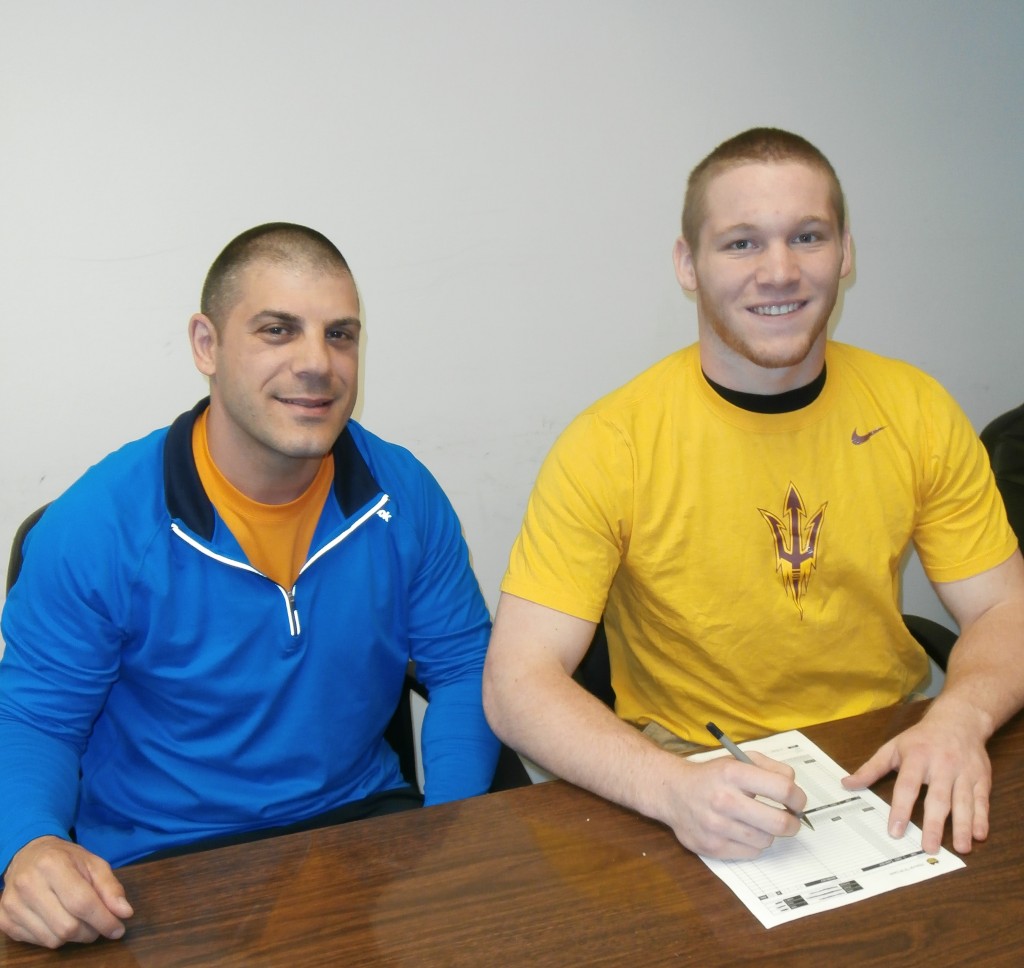 Concluding an exceptional wrestling career at North Allegheny, senior Zach Smith has signed a letter of intent to wrestle at Arizona State University.  At ASU, Smith will wrestle for Zeke Jones who is also the head coach of the U.S. Olympic Wrestling Team.  Jones also coached former North Allegheny wrestler Jake Herbert at the 2012 Summer Games.

Smith, who finishes near the top of the NA wrestling program’s all-time wins list with 155 victories, will major in Bio-Medical Engineering with plans to attend medical school and possibly pursue a career in Dermatology.

A two-sport athlete, Smith is also a member of the North Allegheny boys’ lacrosse team where anchors the Tigers as the team’s faceoff man.