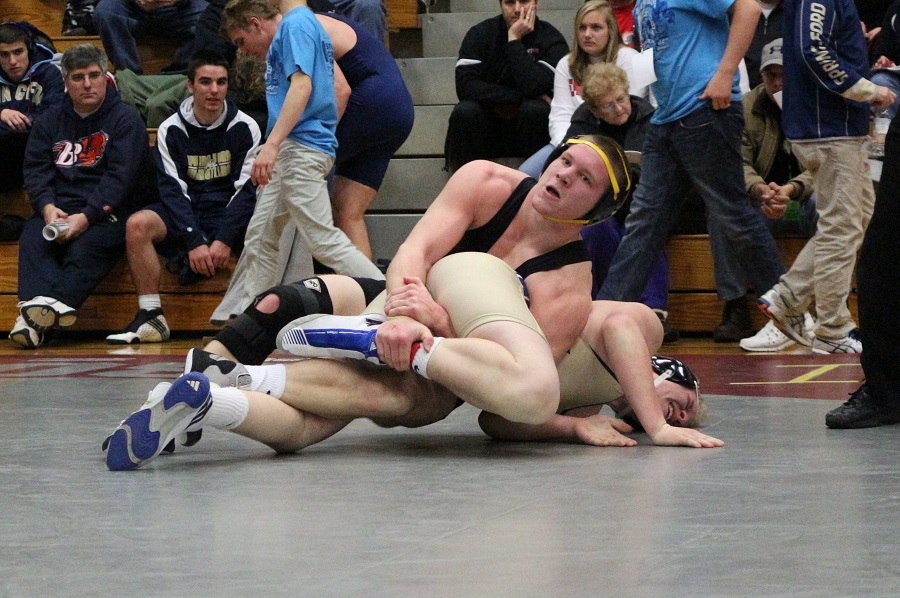 Zach Smith Crowned At King of the Mountain Tournament

North Allegheny senior Zach Smith dominated the 195 pound bracket en route to tournament gold at the King of the Mountain Tournament this weekend from Central Mountain High School.  Smith’s efforts helped the Tigers earn a team score of 108.5 and an 11th place finish at the tournament.

Smith was the top seed in the 195 pound bracket and reached the quarterfinals with wins by fall over General McLane’s Riley Vaughn and Bedford’s Brayden Crawley.  In the quarterfinals, Smith defeated Burrell’s Robert Scherer by a 10-3 decision.  Making quick work of his next opponent, Smith pinned Matt McGillick of Penn-Trafford in 27 seconds in the semifinals and capped his weekend with a 3-1 decision over second-seeded Trey Hartsock of Mifflin County in the championship bout.

Adding to the Tigers’ team score with sixth-place performances were Luke Landefeld at 126 pounds, Clay Byerly at 182 pounds, and Layne Skundrich at 229 pounds.  Taking eighth place at 138 pounds was sophomore A.J. Boeh. For a look at the all of the results from the King of the Mountain Tournament, click here.

North Allegheny returns to the mat on Wednesday night for a section meet at Knoch.  Start time is slated for 7:00 pm.