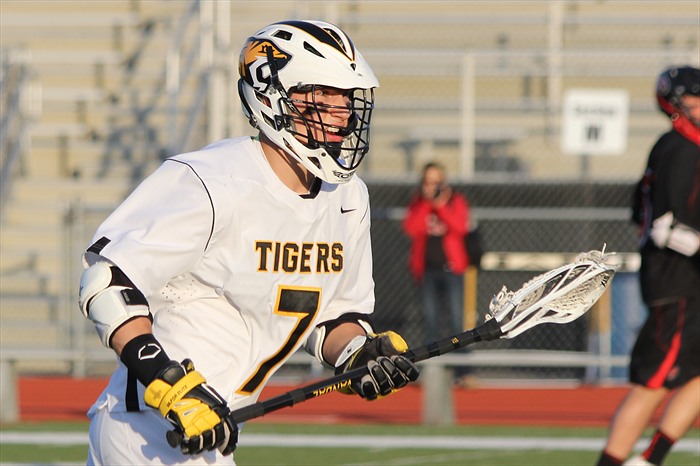 The North Allegheny boys’ lacrosse team clinched a Division 1, Section 2 title on Wednesday night in dramatic fashion by defeating Pine Richland 10-9 in overtime. The Tigers built a five goal lead but could not hold on before securing the victory.

The Tigers dominated the first quarter playing in the Rams zone for nearly the first six minutes which resulted in two goals, one from Zech Nachazel and the other from Kyle Rullan.  Jeremy Kennedy cut the lead in half with four minutes to go in the quarter but the Tigers responded with goals from Teddy Ednaczyk and another from Rullan.

The Tigers built their lead to 8-3 three minutes into the third period before the Rams would start their comeback.  The Rams scored the next three goals before Dylan Dugan stopped the momentum with a goal to give the Tigers a 9-6 lead with seven minutes to play, but the Rams would not go away.

Two goals from Scott Wilden and the Rams’ final goal from Connor Slomka tied the game at 9-9 with just thirteen seconds left despite two terrific saves from goalie Will Rahenkamp.  To start overtime, The Tigers won the opening faceoff and with one minute gone Nachazel scooped up a ground ball and fired in the game winner from the left side to bring the final score to 10-9, Tigers.

North Allegheny will face Peters Township on Friday night in a non-section contest.  The Tigers improve to 13-2 and await the playoff pairings which will be announced on Thursday night.