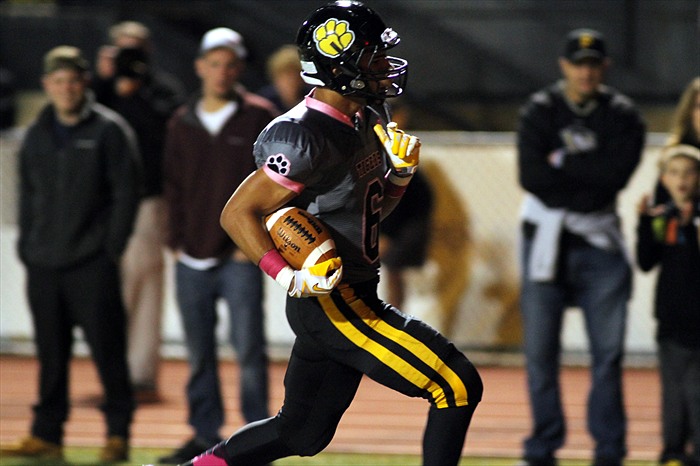 Standout receiver and defensive back Elijah Zeise has been named to the Pennsylvania Sports Writers All-State Football Team.  As an All-State selection at wide receiver, Zeise was one of eight WPIAL players chosen from the WPIAL in Class AAAA.  Zeise, a Pitt-recruit, posted career highs at North Allegheny in 2013 with 49 receptions, 952 yards and nine touchdowns. Overcoming a shoulder injury in the final playoff game against Upper St. Clair, Zeise is on the hardwood contributing his skills to the undefeated North Allegheny Boys’ Basketball Team.