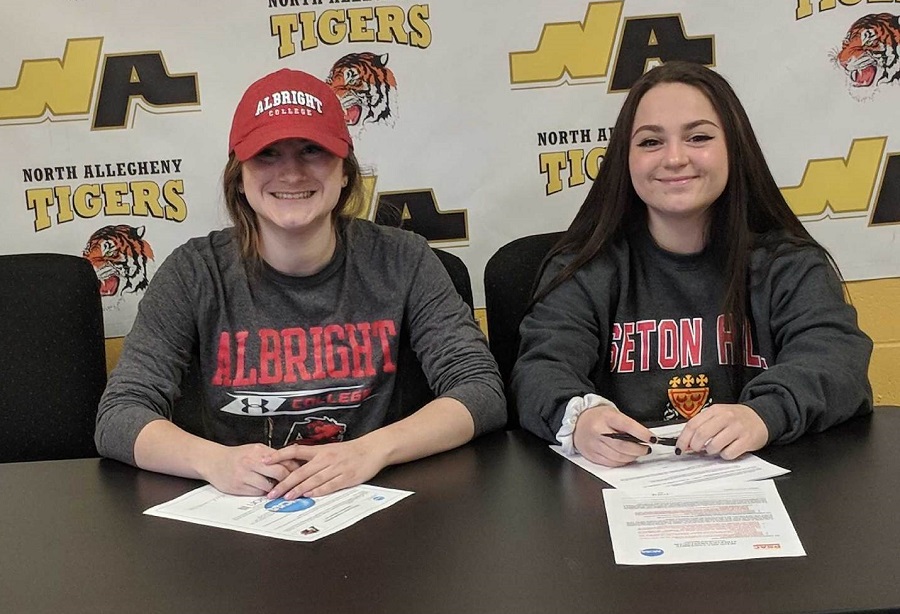 Both players were valuable members of the 2017 NA field hockey squad that went 12-8 and reached the WPIAL championship game and PIAA playoffs. As a goalie, Jorgensen helped the Tigers to eight shutouts last fall, including a fabulous performance in a 1-0 upset over Fox Chapel in the WPIAL semifinals. Dudek also made significant contributions on defense in those shutouts.