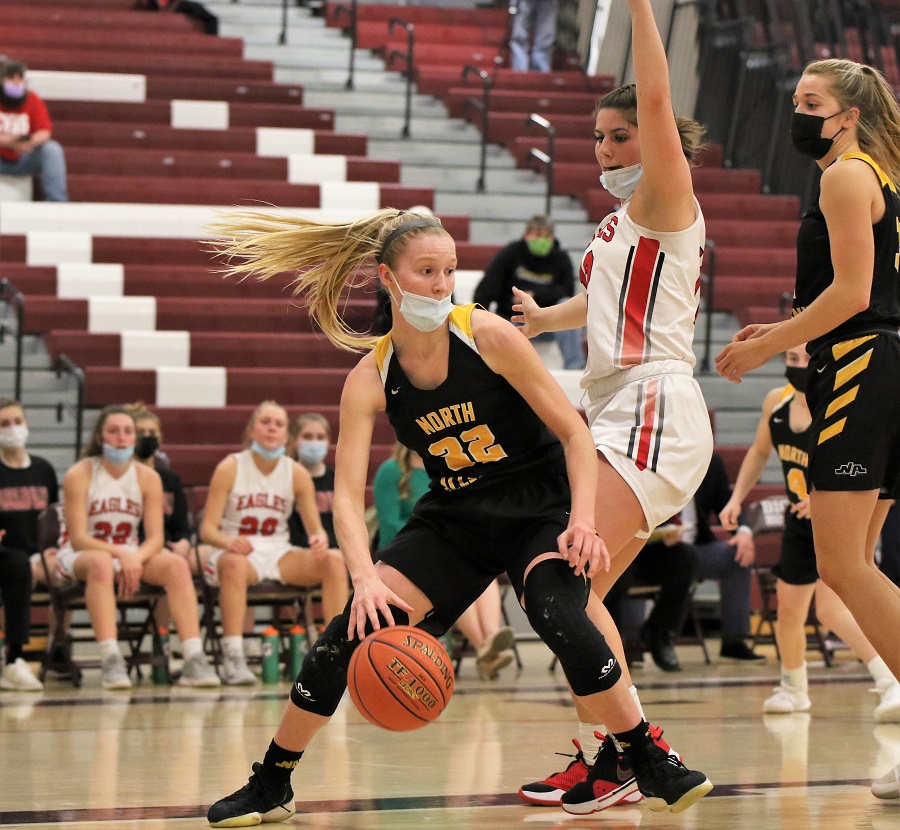 3 Tigers Tabbed All-State, Groetsch Player of the Year, Stefko Coach of the Year

There are more accolades for a trio of North Allegheny girls’ basketball players and head coach Spencer Stefko. Senior guard Lizzy Groetsch, a University of Pennsylvania commit, was named first-team all-state by the Pennsylvania Sports Writers and recognized as the Class 6A Player of the Year on Monday. It’s the second consecutive year Groetsch was tabbed first-team all-state. She was recently named the Pittsburgh Post-Gazette and the Trib HSSN Class 6A Player of the Year.

Senior forward Paige Morningstar and sophomore guard Jasmine Timmerson both received third-team all-state laurels. Morningstar is a Louisville commit in volleyball and Timmerson is a Division I recruit on the hardwood.

Stefko was selected as the Class 6A Coach of the Year for the second straight year from the PA Sports Writers.

In 2020-2021, the North Allegheny girls’ basketball team finished with a 27-1 record, winning WPIAL and PIAA championships along the way.