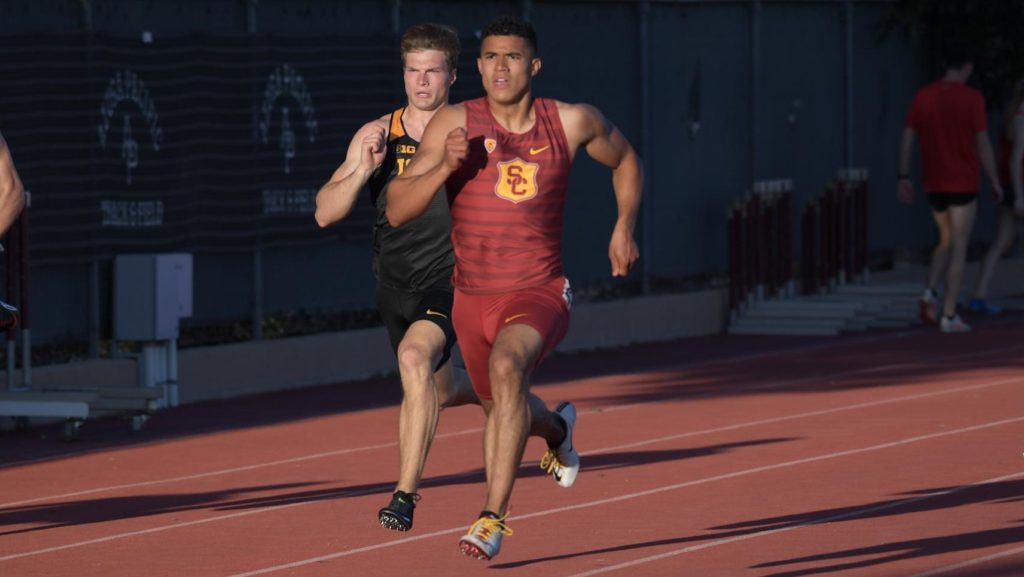 A former North Allegheny track and field standout is continuing his success at the next level this season. Ayden Owens, a freshman for the University of Southern California, has been named the 2019 PAC-12 Men’s Freshman of the Year.

Owens set the USC school record and the Puerto Rico national record in the decathlon with 8,130 points at the Bryan Clay Invitational in April.  He is the NCAA leader in the event and his total ranks seventh all-time by a Pac-12 athlete.  The Wexford, Pa., native is the sixth Trojan to receive the league’s Freshman of the Year honor since the award’s creation in 2000.  Owens also placed third in the 110m hurdles at the Pac-12 Championships with a PR of 13.76 (+0.0).