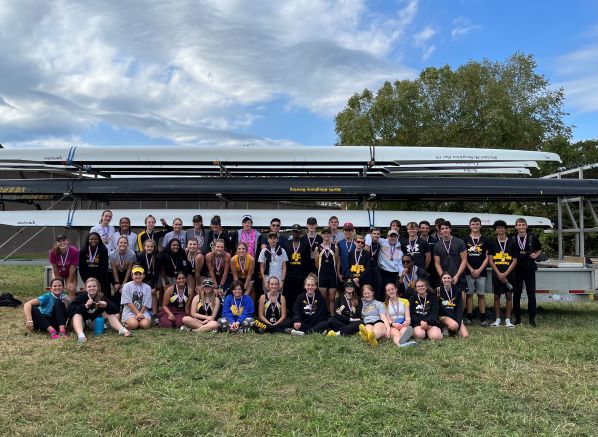 North Allegheny Rowing traveled to West Virginia on Sept. 24 to participate in the 6th Annual Morgan Grimm Memorial Regatta hosted by Parkersburg High School for the second year. The Tigers had a very successful season opener securing seven gold, five silver, and two bronze medals, and every athlete brought home a medal from at least one of their races.

Tabo Mkandawire & Aine Ridenour took to the course for their second race of the day in the Women’s Varsity 2x, taking silver to Sylvan Scullers in a field of 7. Novices Emily DiDonato and Madison Rogers’ inaugural race was in the Women’s Novice 2x and they brought home silver. Their novice teammates Noa Adelman, Madison Lambert, Natalie Helffrick, Alexandra Edfors, and C- Ava Moore followed them on the course in the Women’s Novice 4+ placing second. 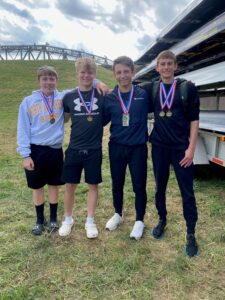 The Tigers race at home in downtown Pittsburgh on Sunday at the Head of the Ohio.