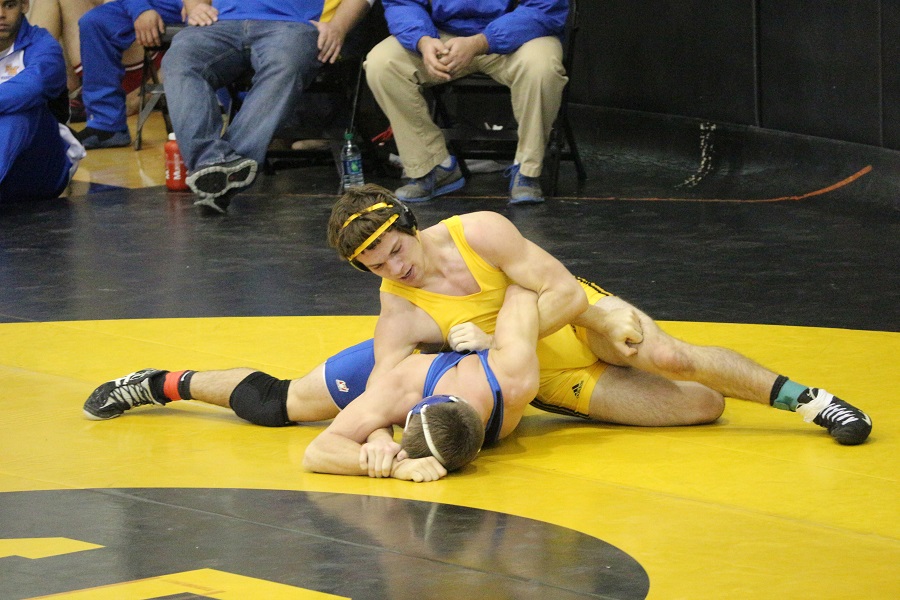 Byerly, who wrestled at 182 pounds, collected a win by fall and tech fall en route to the semifinals.  There, he defeated Belle Vernon’s Milton Kobaly by a 5-3 decision and followed that up with a 3-1 decision over top-seeded Bill Bowlen of Jefferson in the championship bout.

At 126 pounds and 195 pounds, Luke Landefeld and Zach Smith each claimed silver medals in their respective weight classes. Landefeld collected one win by fall and two more by tech fall to reach the finals. Smith posted a pair of pin falls and a 5-1 decision in the semifinals over Keegan Harris of Pine-Richland on his trek to the finals.

Other top finishers for the Tigers included Zach Stedeford who took third place at 120 pounds, and Jake Woodley who garnered a fourth place medal at 160 pounds.  Fifth place finishers included Ben Sippel (152) and Jeff Clemens (220).  Earning sixth place showings were Will Baierl (132), A.J. Boeh (138) and Sean Hoover (172).  For a complete look at the brackets from the Eastern Area Wrestling Tournament, click here.

Following this weekend’s impressive performance, the Tigers will open section action with a home match against the Seneca Valley Raiders on Wednesday night at 7:00 pm.  The meeting with the Raiders will be broadcast live via the internet on the North Allegheny Sports Network.