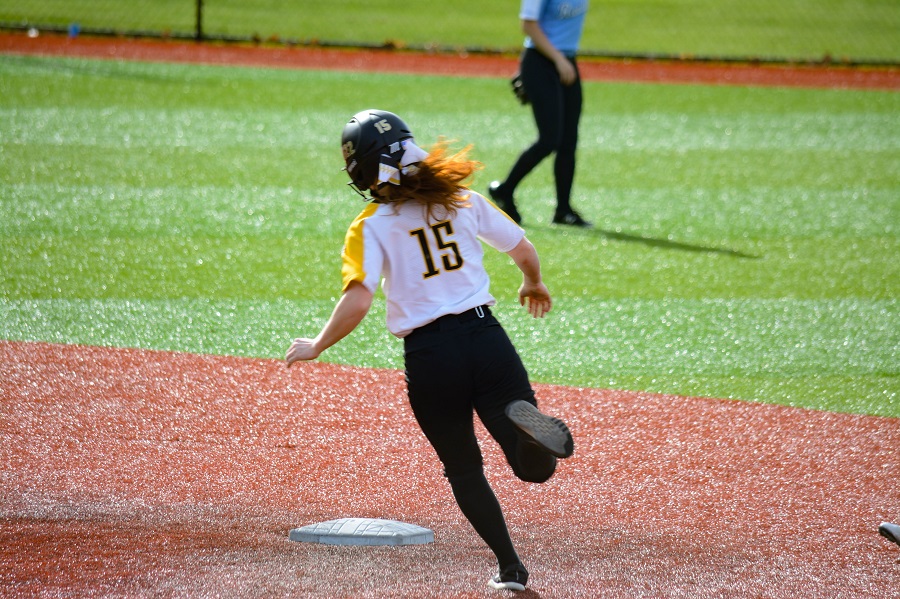 Both teams threatened offensively, but the score remained tied 2-2 going into the seventh inning. The Tigers’ two runs were scored by sophomore Meghan McDonough, who singled and then scored on a double by senior Ashley Solenday in the third inning. In the sixth inning, junior Alaina Whipkey delivered a solo home run that tied the game at 2-2.

In the seventh inning, freshman Caitlin Logan started the inning with a single, followed by senior Kendall Trunzo and McDonough, who each singled to load the bases. Whipkey drove in two runs with a double, earning three total RBIs on the day. Sophomore Annalyn Isaacs sealed the deal with a single that scored Whipkey.