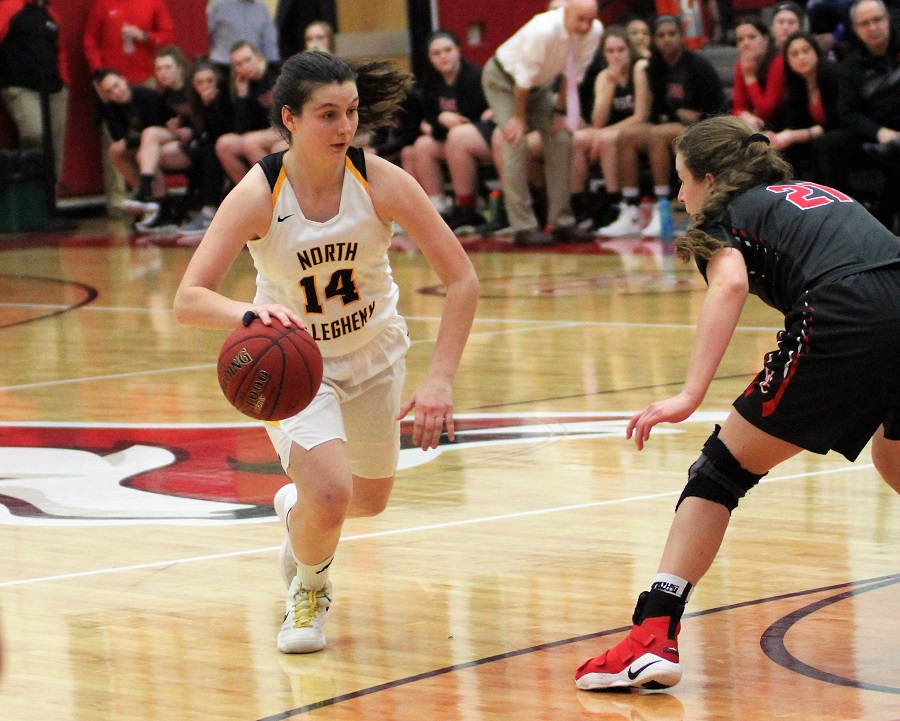 With the victory, the Tigers move on to play Mt. Lebanon in the semifinals on Tuesday at a site and time to be determined. The Blue Devils knocked off Norwin 53-40 in the quarterfinals.

In Friday’s contest, ninth-seeded Upper St. Clair used tough defense and a methodical offense to keep pace with NA in the early going. The Tigers led just 9-7 after the first quarter, and the score remained the same until more than midway through the second quarter.

From there, however, NA embarked on an 8-0 spurt—the only scoring in the second quarter—to take control before halftime. By the time the Panthers scored again more than midway through the third quarter, the Tigers run had reached 16-0, and their lead had swelled to 18.

Upper St. Clair kept pace with NA the rest of the way, but by that point, the Tigers had all but punched their ticked to Class 6A’s final four.

Martindale notched five assists and four rebounds to go along with her 19 points. For her efforts, the junior guard earned the honor of Wright Automotive Player of the Game.

NA remained unbeaten with the win, upping its overall record to 23-0. The Panthers fell to 13-10 overall and will await the completion of the WPIAL tournament. If the Tigers repeat as district champs, Upper St. Clair will qualify for the PIAA playoffs and get another shot at NA in the opening round.