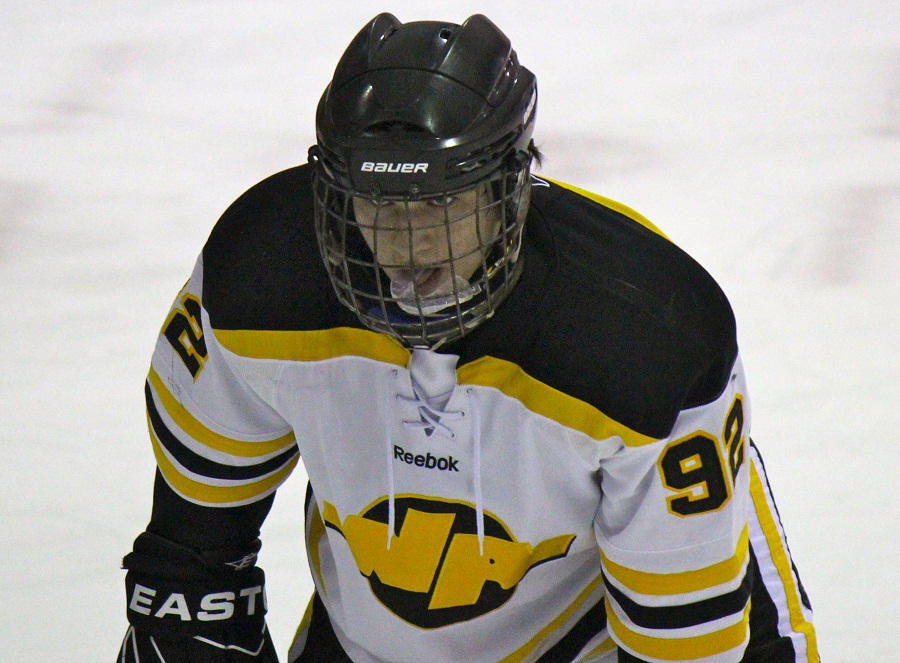 North Allegheny bombarded Pine-Richland with a three-goal first period on its way to a 5-1 opening night victory over the Rams on Monday night. The Tigers began the 2014-2015 season in grand fashion, blowing open the game early behind goals from William Rahenkamp, Joseph Zappia III, and Nathan Taylor.

North Allegheny increased the lead to 4-0 at the 11:26 mark of the second period when Dominick Zangaro cashed in on a power play following a hooking penalty on PR’s Spencer Smith. The Rams scored their only marker of the night on a power play goal by Nate Carnovale with less than 3:55 left in the second period to cut the score to 4-1.  North Allegheny capped the scoring in the waning minutes of the game on an Erik Chidester goal to bring the final score to 5-1, Tigers.

North Allegheny outshot the Rams, 37-27, and junior goalie Joseph Hubert had a fine night by making 26 saves. Pine-Richland’s Isaac Stephen made 32 saves in a losing effort.

The Tigers open the season with a 1-0 record while Pine-Richland falls to 0-1. North Allegheny will enjoy the win for a week before hosting the Penn-Trafford Warriors at the Warrendale BladeRunners next Monday night.  The puck drops at 8:30 pm.