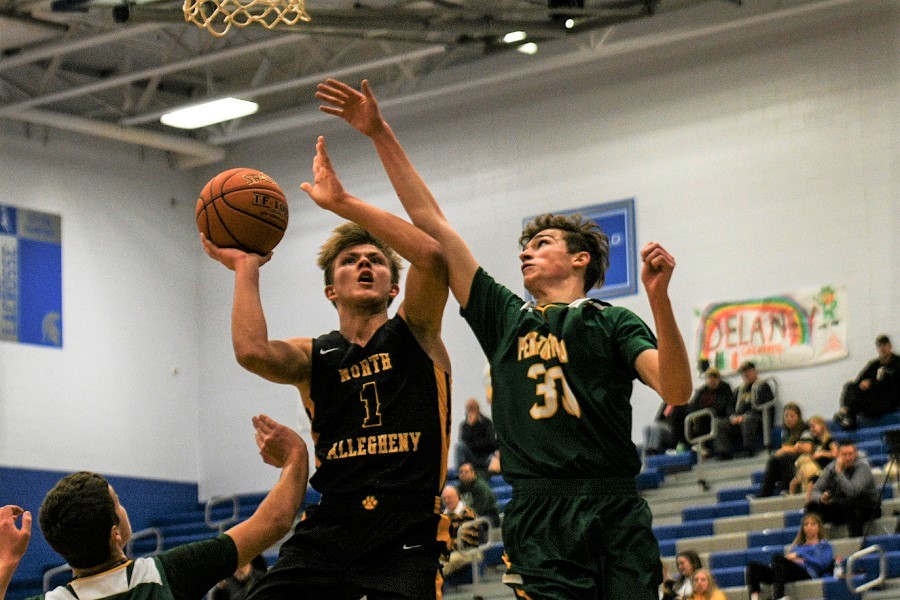 In it’s biggest offensive performance in nearly four years, the North Allegheny boys’ basketball team pounced on Seneca Valley with a strong first quarter and earned a 91-68 road victory in Section 1-6A action. The 91-point output was the most points scored in a game by the Tigers since a 93-65 win over North Hills on Jan. 17, 2017.

The Tigers used 92-percent shooting (12-for-13) in first quarter to build a 32-20 lead. The Raiders traded buckets with the Tigers in the second and third periods before NA put the game on ice with a strong fourth quarter. North Allegheny outscored its section foe, 26-16, in the final stanza.

For the game, the Tigers shot 64-percent from the field (38-for-59) and were paced by senior forward Greg Habib, who tallied a game-high 25 points and eight rebounds. Junior Robby Jones netted 19 points, poured in 4 of 5 shots from beyond the arc and dished out seven assists. Junior Matt McDonough also finished in double figures with 10 points. In all, 10 different Tigers scored points in an impressive offensive showcase.

Seneca Valley was led by Cole Brooks, who tallied 27 points and seven 3-pointers. Senior Connor Lyczek added 21 points for the Raiders in a losing effort.