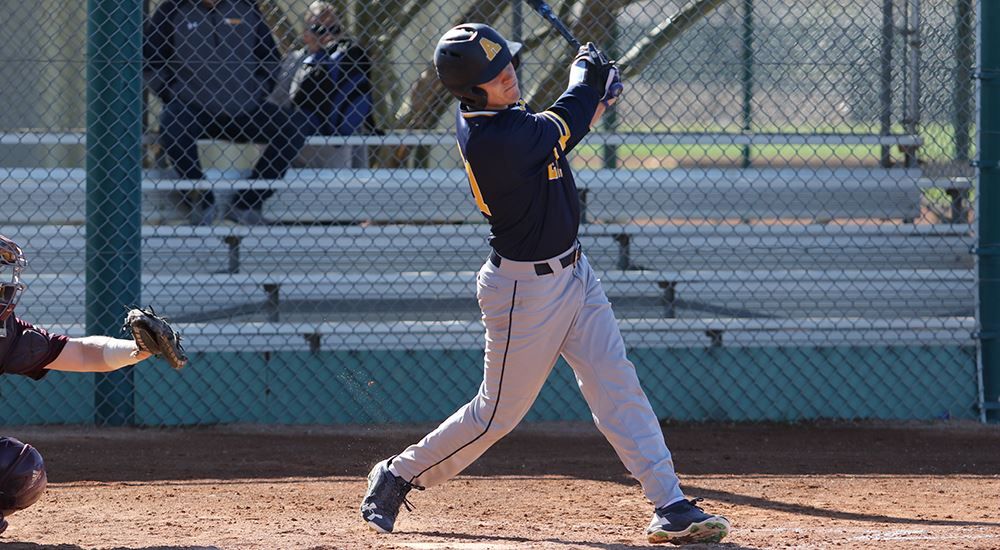 With eight-straight hits and a 10 RBI week, Allegheny junior outfielder Keegan Phillips (Wexford, Pa./North Allegheny) has been recognized on the D3baseball.com Team of the Week.

In four games last week for the Gators in Tucson, Arizona, Phillips batted .692 with an .846 slugging percentage. He finished the stretch 9-for-13 with two doubles, including eight-straight hits over three games, and drove in 10 runs, while scoring six times and stealing two bases.

In a 21-18 win over Hamline, Phillips went 3-for-3 with a double, three RBI and two runs scored. He followed that up with a stellar showing in Allegheny’s 22-2 win over Grinnell in game one of a doubleheader as the junior went 4-for-4 with a double, seven RBI, three runs and two stolen bases. In game two of the double dip, he was 2-for-4 with a run scored.

Phillips is the first Gator selected to the D3baseball.com Team of the Week since Allegheny placed two on the list in the 2017 campaign.

As a senior at North Allegheny in 2016, Phillips led the Tigers with a .361 batting average and 14 runs scored. As pitcher, he made five scoreless relief appearances with a team-best three saves as the NA closer.