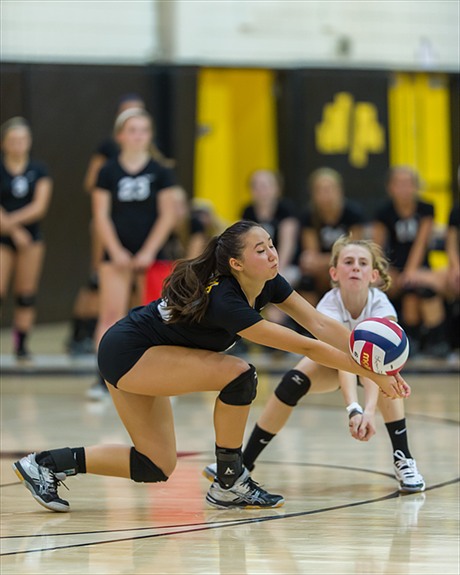 The North Allegheny girls volleyball team used a huge run in the fifth set to down Pine-Richland Tuesday night and secure a key Section 3-AAA victory.

With the win, the Lady Tigers moved further ahead of the Rams in the section standings; North Allegheny is now 5-2 in section play and 5-4 overall, while Pine-Richland sits at 3-3 in the section and 4-5 overall.

Tuesday’s match started out well for the Rams, as Pine-Richland raced out to a 7-3 lead in the first set. The Rams led for a large portion of that first game and tallied the final three points to garner the four-point victory and a 1-0 lead.

North Allegheny stormed back, however, taking the second set by six points and rallying from a late deficit in the third to take a 2-1 lead. In that third game, the Lady Tigers took advantage of a Pine-Richland service error and two kills from junior Lauren Swartz to score the final three points and move ahead.

As they did so often throughout the night, though, the Rams counterpunched, eking out a two-point victory in the fourth set and carrying all of the momentum with them into the deciding game.

In that decisive fifth set, junior outside hitter Tayler Ricketts notched a kill to get the Lady Tigers’ monster run started and then proceeded to serve for each of the next 12 points. For those efforts and consistent play all throughout the night, Ricketts earned the distinction of being name the Wright Automotive Player of the Game.

North Allegheny is back in action this Friday with a non-section test on the road at top-ranked Shaler. Start time for that match with the Titans is set for 7 p.m.