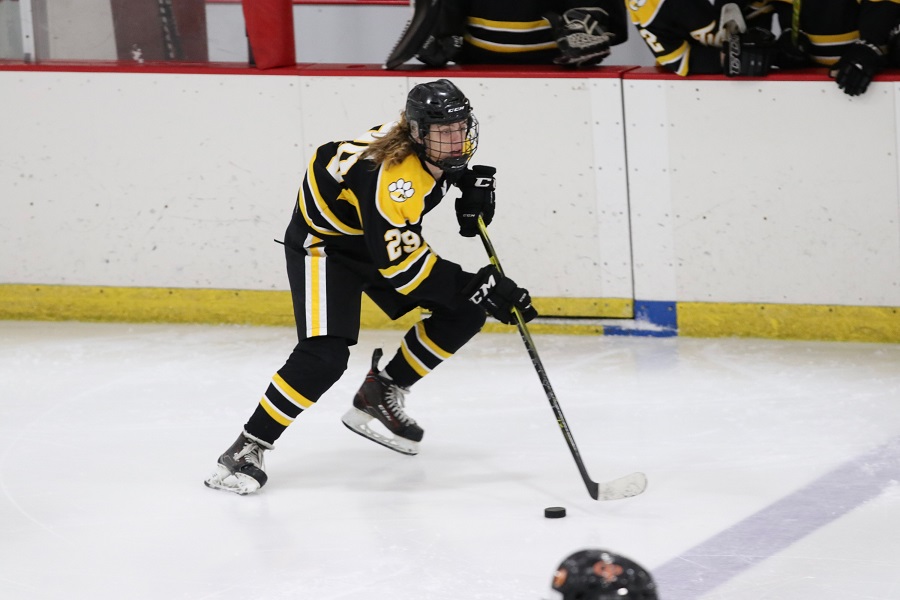 In Battle of Champions, NA Reigns Supreme Over Baldwin, 3-0

After a nearly three-week layoff, the North Allegheny ice hockey team showed little rust with a 3-0 shutout of the Baldwin Highlanders at the Ice Castle in the South Hills.

In a matchup pitting the Penguins Cup champions in Class AAA and Class AA from a season ago, it was the Tigers who reigned supreme in this contest. Following a scoreless first period, North Allegheny jolted Baldwin, who also won the Class AA Pennsylvania Cup crown last season, with three goals in the second stanza from Matt Irvin, Trey Gallo and Cole Jackman.

Junior goalie Rylan Murphy made sure the lead stood up by stopping all 26 shots he faced for his second shutout of the season.

North Allegheny maintains its first-place position in the Class AAA standings with a 9-1-0 record and 18 points. Baldwin, playing up in Class AAA this season, sits in third place with a 5-2-2 mark and 12 points. The Tigers return to action on Thursday, Dec. 16 against Mt. Lebanon on the road.