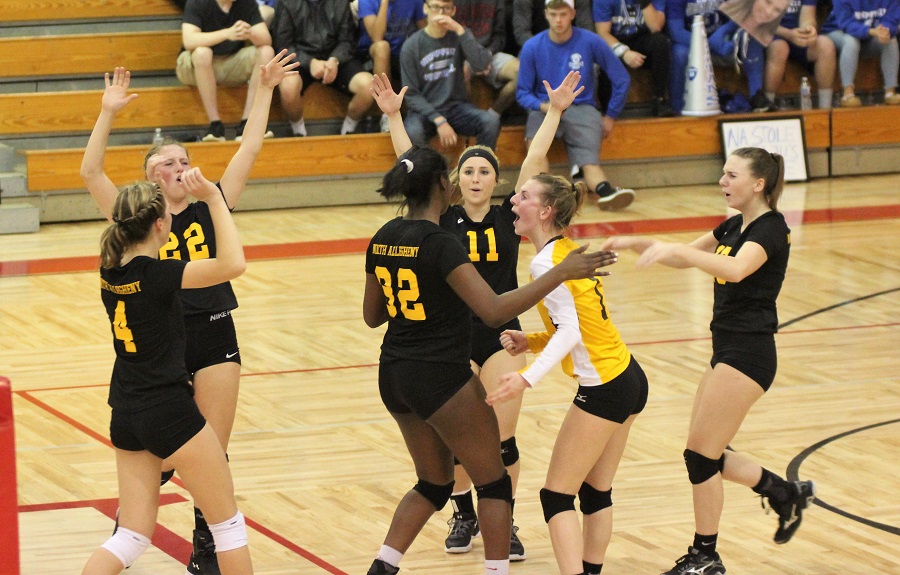 The Lady Tigers are back into the WPIAL Championship for the fourth time in five years after defeating Hempfield 3-0 in semifinal action at North Hills High School, winning by scores of 28-26, 25-19 and 25-21

The second set was much more in North Allegheny’s favor as they went wire-to-wire in set two. This set was all about Kayla Dinkins and Abby Miller whether it was Miller setting up Dinkins or their defense at the net. The Lady Tigers were able to control the second set winning it 25-19.

When it looked like Hempfield was finally down and out, they came back to life making the third set very competitive again as Schade started to wake up again this time offensively. The game was tied 14-14 when North Allegheny was able to take control of the set and ultimately finish off Hempfield, winning the third set 25-21.

Dinkins was the Wright Automotive Player of the Game with 12 kills and 10 blocks. Avery Tuman contributed eight kills. Paige Miller, Julia Patzak and Kristen Chomos dominated the serving category by each picking up aces. The Lady Tigers showed their depth once again as Chomos and Maddy Mueller gave North Allegheny great contributions off the bench.

North Allegheny will take on second-seeded Armstrong in the WPIAL Championship Saturday at Baldwin High School. The time is still to be determined.

With this win North Allegheny qualifies for the PIAA playoffs for the fifth time in six years.