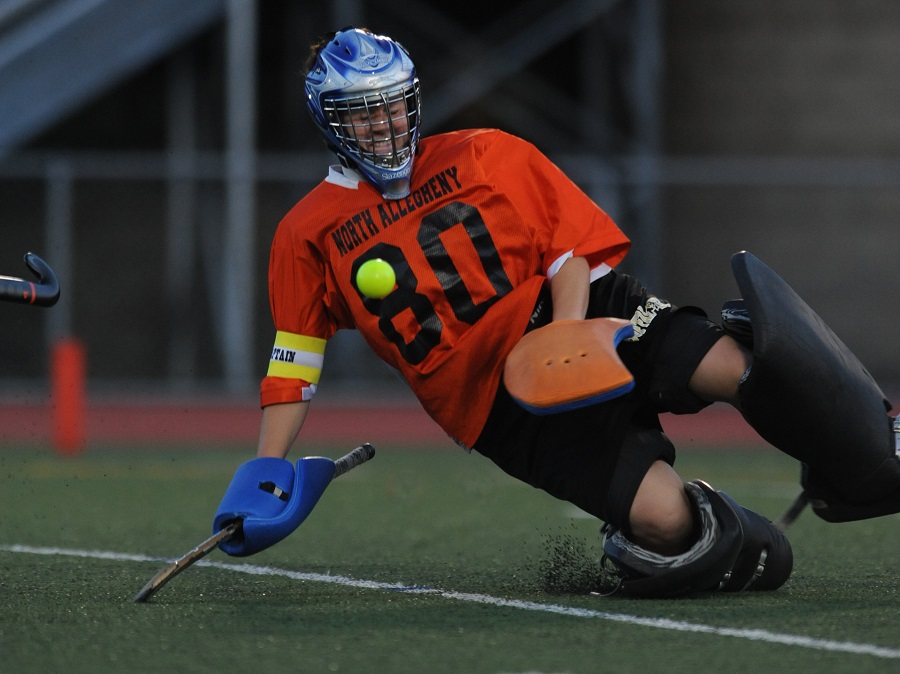 The North Allegheny field hockey team seized a WPIAL playoff berth with a 1-0 win over the Penn-Trafford Warriors on Thursday night at Newman Stadium. The win was the Tigers’ ninth straight over the Warriors in head-to-head matchups and sets up a showdown for the Section 1-AAA title next week with the Pine-Richland Rams.

North Allegheny’s contest with Penn-Trafford was a defensive struggle with neither team able to draw first blood in the first half. The Tigers had the better of the pressure with four penalty corners in the first half but could not to beat PT goalie Karissa Burk. The defense of Ann Lipinski, who missed last season with a knee injury, was also a huge reason why the game remained scoreless heading into halftime.

In the second half, the Warriors had a bit more spark offensively and totaled five penalty corners compared to just one in the first half. However, the North Allegheny defense was equally stifling thanks to goalies Katie Shideler and Rena Isreal who combined for the shutout. The Tigers were also aided by the midfield play of sophomores Laura Schwindeman and Bridget Russell. Schwindeman was selected by the North Allegheny Sports Network as the Wright Automotive Player of the Game.

After a timeout was called by North Allegheny head coach Madelyn Berkley with a little over 14 minutes remaining, the Tigers continued their assault on the PT net and finally scored on an Erin Coran goal with 7:27 to play. The Coran goal proved to be the game winner as the Tigers closed out a 1-0 victory. (The North Allegheny Sports Network spoke with Coran for an interview before the game. You can watch that interview below.)

North Allegheny improves to 7-8-1 overall and 7-1 in Section 1-AAA. Penn-Trafford drops to 4-5 in section play. The Lady Tigers will host the Pine-Richland Rams on Tuesday night in a battle for section supremacy. The game will be broadcast live via the internet on the North Allegheny Sports Network.