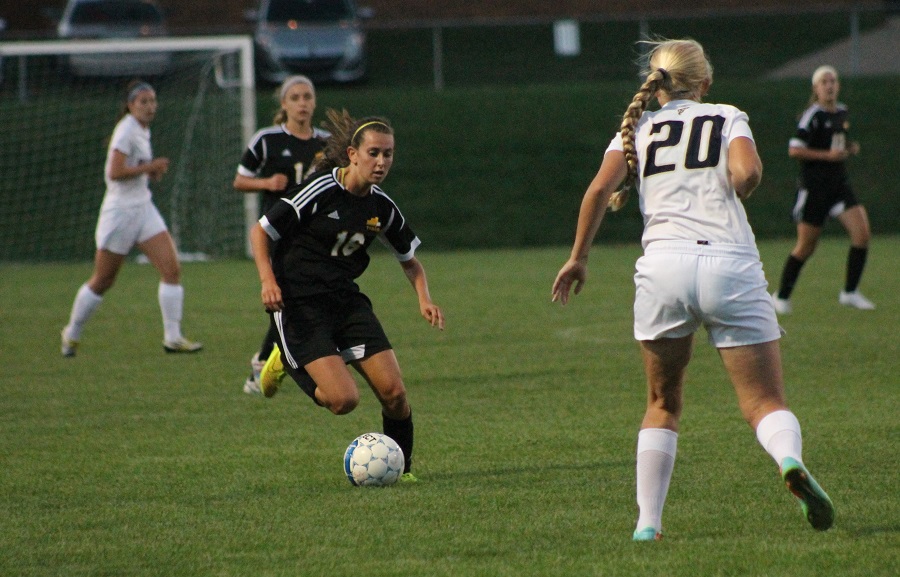 With a chance to lock up a playoff berth, the North Allegheny Girls’ Soccer Team blanked the rival North Hills Indians on Wednesday night with a 2-0 road win. The victory ensures the Tigers the third and final spot in Section 2-AAA ahead of the WPIAL Playoffs which begin next week. The WPIAL will release the playoff pairings on Wednesday, October 15.

North Allegheny wasted little time against North Hills, scoring in the 2nd minute of the game.  Junior Amanda Miller placed a crossing pass to senior Savana Yurick who drove a shot past the Indians goalie for a 1-0 lead. Miller almost added on to NA’s lead in the 31st minute when she dribbled in for a scoring chance but clanged a shot off the goal post and the score remained 1-0, Tigers.

Similar to the first half, the Tigers scored in the early stages of the second half when senior Monica Pike settled down a clearing attempt by the Indians and drove a hard, low line-drive shot into the NH net for a 2-0 lead. North Allegheny controlled the pace of play for the remainder of the game and allowed only two shots on net in the second half. The Tigers finished with 12 shots on goal and six corner kicks.

North Allegheny improves to 9-6 overall and 8-4 in Section 2-AAA. North Hills finishes section play with a 1-11 mark and 4-12 record overall.  The Lady Tigers host a non-section game against Gateway on Thursday night. Kickoff is set for 7:00 pm.