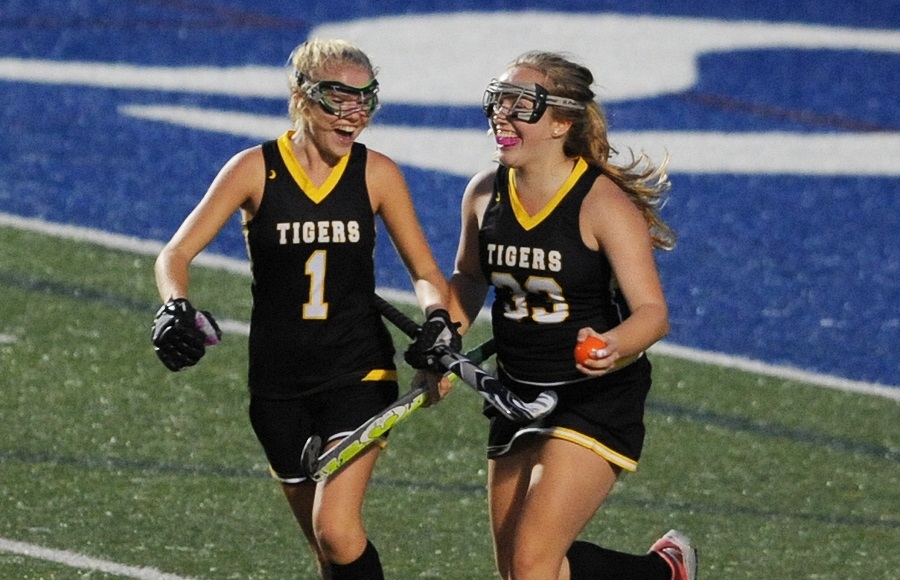 The North Allegheny field hockey team began the stretch drive toward the postseason with a 6-0 victory over the Hempfield Spartans last night in Section 1-AAA action. The Tigers maintained their one-game lead over Norwin in the section standings for the final playoff spot. The Knights blanked Latrobe last night, 4-0.

Like their previous meeting with Hempfield, this was no contest for the Tigers as NA scored early and often. Senior Olivia Scherrer tipped in a pass from Angie Genter just two minutes into the game for an immediate 1-0 lead. The Tigers added on with goals by Gracie Limauro, Scherrer and Hailey Wachowiak to expand the NA lead to 4-0 by intermission. Assists were provided by Bridget Russell, Laura Schwendeman and Maria Cima.

The second half continued with North Allegheny dominance as Maya DeNoma and Sam Marien chipped in with goals for a 6-0 final. Izzy Ingram added an assist on the DeNoma goal.

North Allegheny had over 20 shots on goal and six penalty corners, while limiting Hempfield to four shots and four corners. NA goalie Emma Jorgensen earned the win and the shutout.

With the win, North Allegheny improves to 9-5 overall and 6-2 in section play. Hempfield remains winless at 0-7 in the section. The Lady Tigers will host Penn-Trafford on Thursday night. The game will be broadcast live by the North Allegheny Sports Network.