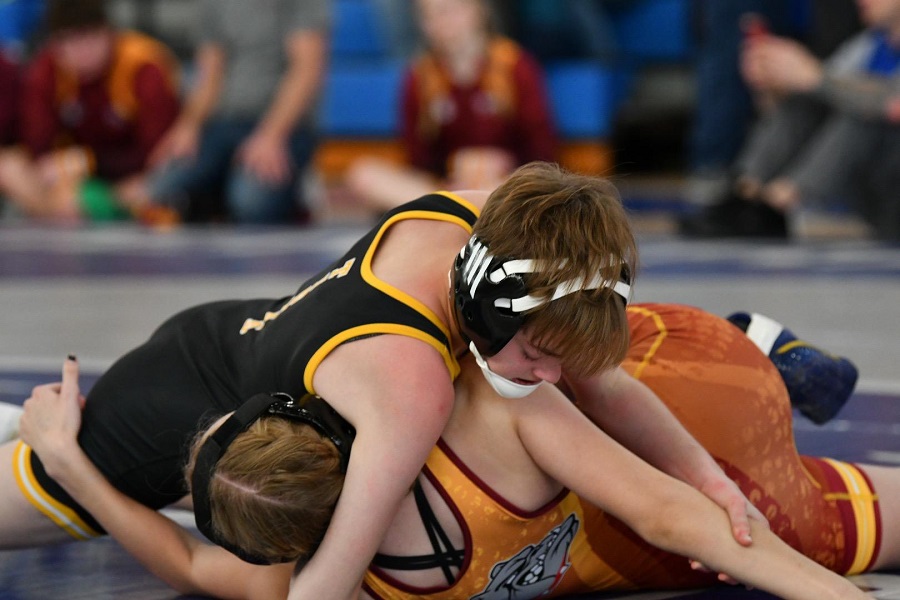 Lady Tigers Open Season At Queen of the Mountain Tournament

(12/19/21) The North Allegheny girls’ wrestling team took part in its first competition of the year at the Queen of the Mountain Tournament at Central Mountain HS on Sunday. In total, 121 girls from 23 schools wrestled.

All six NA wrestlers picked up their first individual wins of the year. As a team, the Tigers finished seventh out of 23 teams. 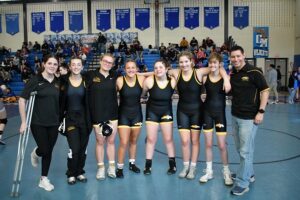 The Tigers were led by two runner-up finishes by sophomore Leyna Rumpler and junior Hannah Williams. Rumpler went 3-1 with a fall and technical fall. Her only loss was to returning State Champion Patron Plummer of Chestnut Ridge in the finals.

Williams also went 3-1 with three falls. She fell to Ella Hessener of Parkland in the final match.

A trio of girls placed third. Freshmen Brenna Collery and Kaylee Dean both finished with two falls in route to their third-place finishes. Sophomore Audrey Morrison picked up one fall during her third-place run.

Senior Taylor Stover also competed and picked up a fall as well. For a complete look at brackets from the Queen of the Mountain Tournament, click here.

Up next, the North Allegheny girls’ wrestling team is in action on Tuesday at 5 pm, as they travel to Canon Mac for the first girls dual meet in WPIAL history.