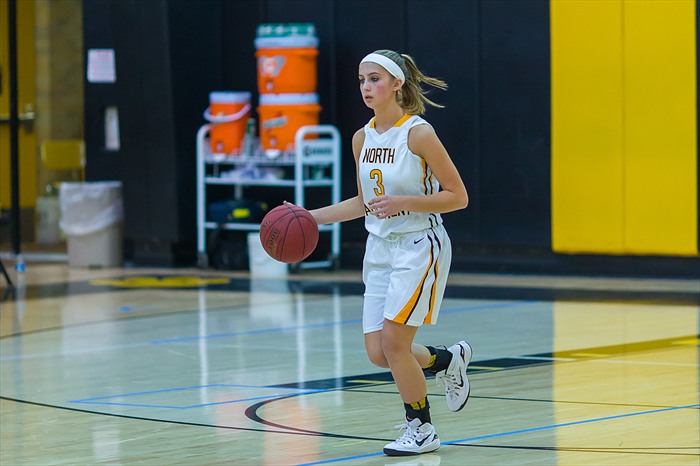 The North Allegheny girls’ basketball team cruised to its third straight victory with a 64-32 non-section win over the Altoona Mountain Lions on Tuesday night.  The Tigers leaped out to a 17-3 lead after one quarter and took a 30-9 advantage into intermission.

In a game North Allegheny dominated from start to finish, junior Abby Gonzales scored a game-high 17 points and collected eight steals. Junior Taylor Lake narrowly missed out on a double-double, finishing with 15 points and eight rebounds.  Along with Lake, senior Meg Morningstar gave the Tigers a decisive advantage on the boards, crashing the glass for nine rebounds.

The Tigers defense limited Altoona to 11 percent shooting in the first half and 24 percent for the game. The Lions top scorer was Paige Whitfield with eight points.

North Allegheny improves to 3-0 with the win and will play its first section game of the season on Friday night against the Shaler Titans.  Game time is set for 6:30 pm from NASH.  The contest will be broadcast live via the internet on the North Allegheny Sports Network.