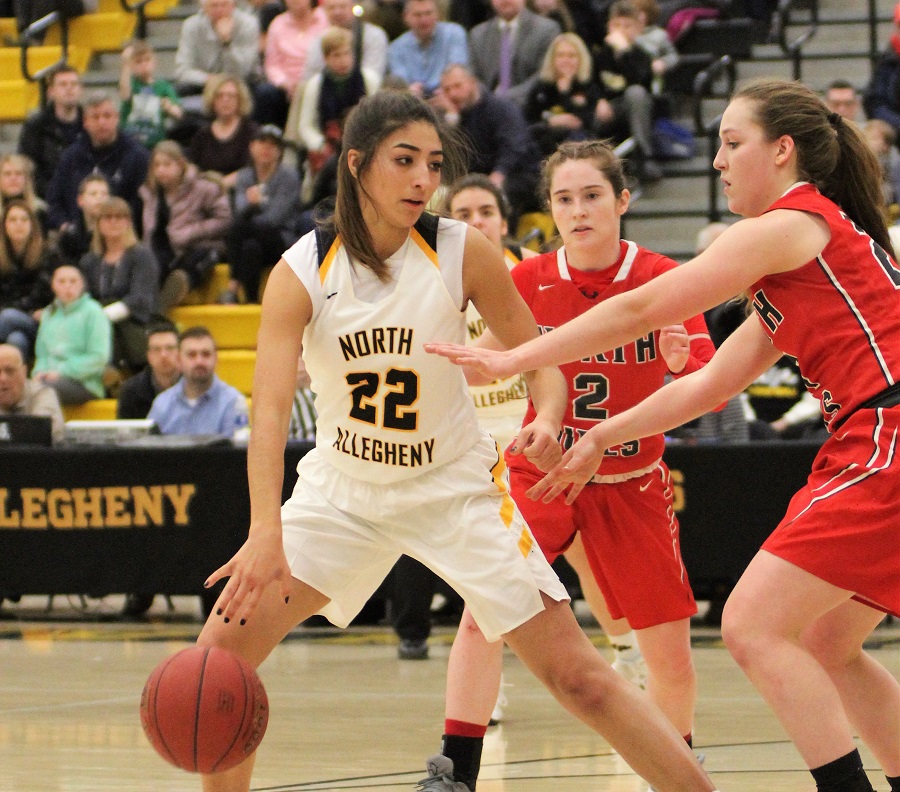 The North Allegheny girls’ basketball team rolled to its 20th win of the season with a 66-27 blowout of the North Hills Indians on Monday night in the Section 1-6A finale. It’s the sixth consecutive year the Lady Tigers have won 20 games or more in a single season.

The Tigers were in control of the game from the very start and jumped to a 42-18 halftime lead. With the game at hand in the second half, NA outscored North Hills 24-9 over the final 16 minutes.

Senior Piper Morningstar stuffed the stat sheet with a 17-point performance on 7 of 11 shooting, adding six steals, five rebounds and two assists. For her play, Morningstar was named the Wright Automotive Player of the Game.

North Allegheny leaps to 20-0 overall on the season and caps the section schedule with a 10-0 mark. North Hills falls to 5-15 overall and 1-9 in section play. The Lady Tigers will travel to Peters Township for a tough non-section test on Thursday night.