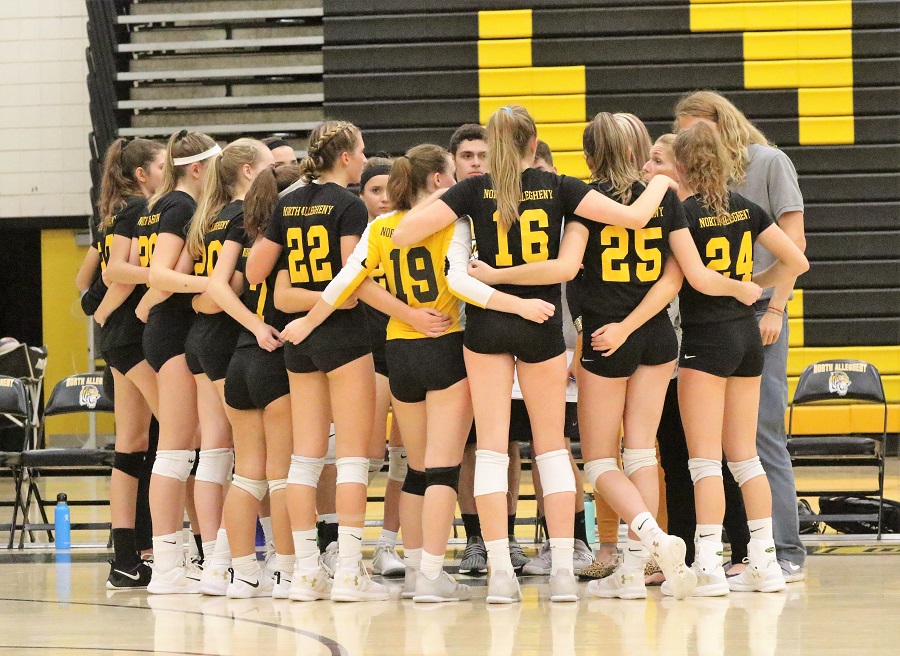 The reigning WPIAL and PIAA champions ran their winning streak to 35 in a row with a 3-0 victory over the North Hills Indians on Tuesday night. The Lady Tigers earned the section road win by set scores of 25-6, 25-16 and 25-18.

Most of the roster contributed to the win, led offensively by senior Anna Sprys with eight kills and eight blocks. Junior Abby Miller posted six kills and six additional players tallied a kill throughout the match.

North Allegheny is now 12-0 overall and 8-0 in Section 1-AAAA. North Hills dips to 2-5 in the section. The Lady Tigers will host Butler on Tuesday, Oct. 9. The match will be broadcast live via the internet on the North Allegheny Sports Network.