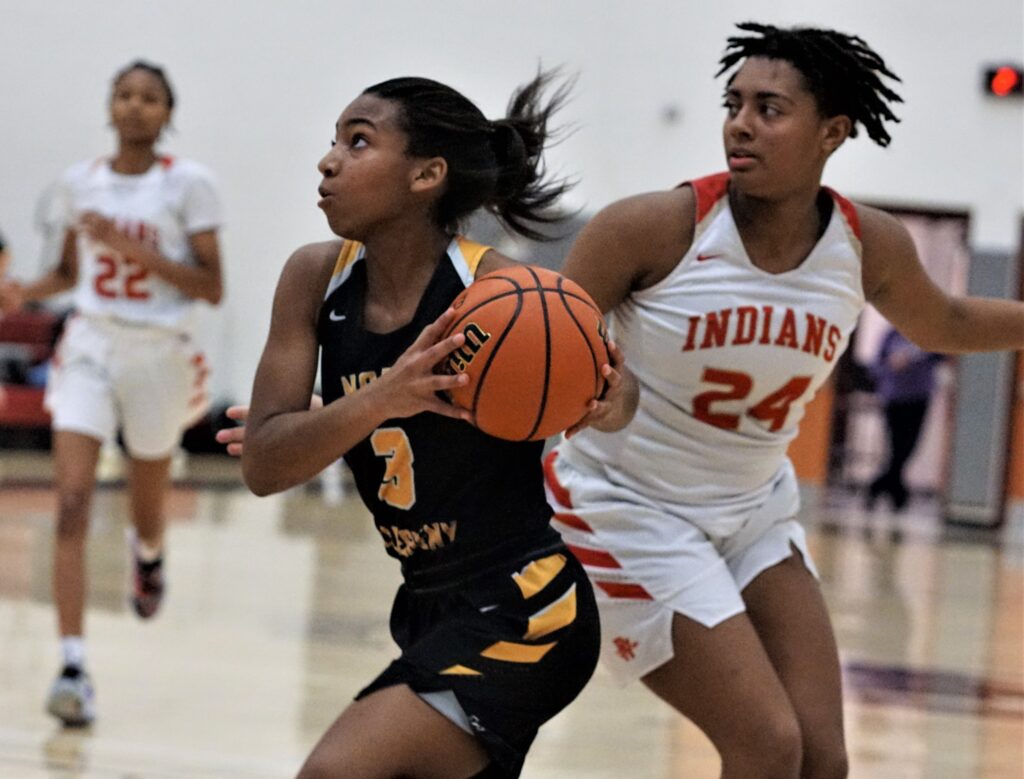 (Photo by Will McBride and Cover 3 Athletics)

After a hard-fought win a night ago against Bethel Park, the Lady Tigers made it much easier on themselves on Day 2 of the Oakland Catholic Tip-Off Tournament defeating Penn Hills 49-21 on Saturday morning.

After only putting up three points in the first quarter in the season opener, the Tigers got out to a much faster start against Penn Hills with five points from Jasmine Timmerson one minute into the game. Taylor Rawls continued to shoot lights out but Penn Hills was able to hang around and the Tiger lead was still single-digits at 16-8 going into the second quarter.

Heliger was named the Wright Automotive Player of the Game with a game-high 11 points. Rawls was in double figures again with 10 points and Timmerson finished with seven points. Cara Crawford led Penn Hills with nine points.

North Allegheny improves to 2-0, Penn Hills falls to 0-2. Up next for the Lady Tigers is their home opener against section rival Pine-Richland Rams, Friday at 6:30 p.m. This is apart of a boy/girl doubleheader and both games will be broadcast live on the North Allegheny Sports Network.