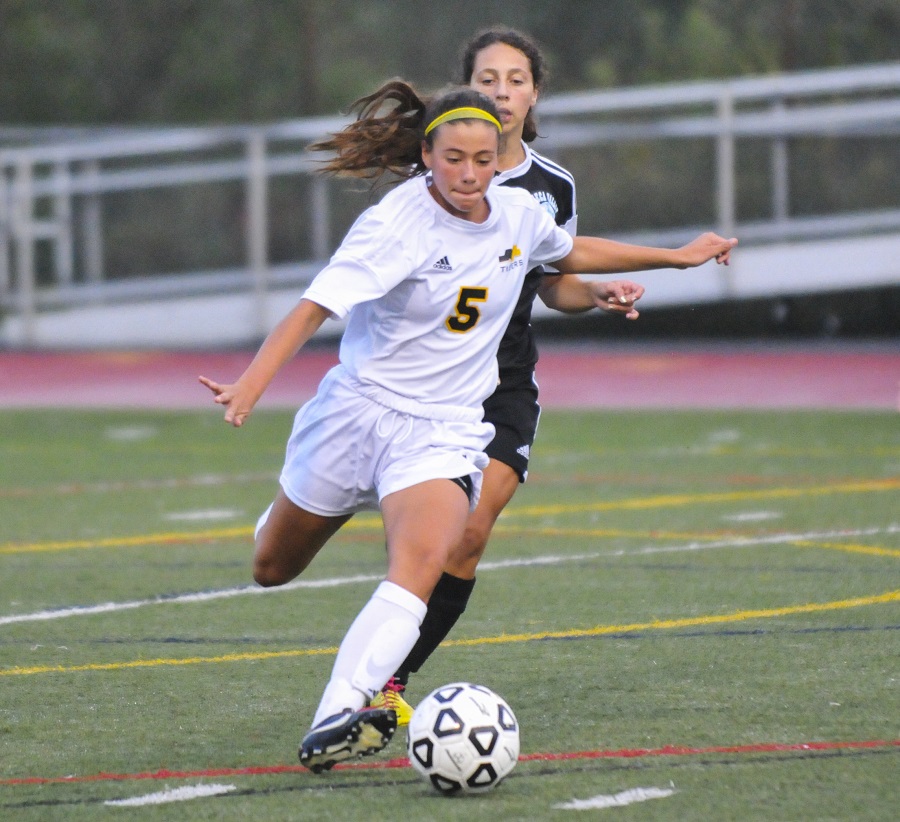 The North Allegheny Lady Tigers kept pace in the race for the final playoff spot in Section 2-AAA on Monday night with a 3-0 victory over the Shaler Titans. Thanks to the shutout win over Shaler, the Lady Tigers remain in a tie for third place with the Butler Golden Tornado who edged North Hills in their section game, 2-1. On the final night of section play on Wednesday, North Allegheny will visit last place North Hills while Butler hosts undefeated Seneca Valley. If NA and Butler finish the section schedule in a tie for third place, both teams would qualify for the playoffs.

On senior night, North Allegheny received a big game from senior Monica Pike who covered the field from end to end to spark the win over Shaler.  Pike, who hounded the Titans with her sterling defense, also opened the scoring with 16:22 remaining in the first half to give the Lady Tigers a 1-0 lead.  For her performance, Pike was named the Wright Automotive Player of the Game by the North Allegheny Sports Network.

Pike’s goal was the only tally in a first half that saw the Tigers collect 10 corner kicks and post 10 shots on goal. In a one-sided half, the Titans didn’t manage a single shot on net. Barely tested, NA senior goalie Emily Lyon garnered the shutout victory.

Shaler’s defense played close to the vest in the first half making it extremely difficult to for the Tigers to score, but NA’s crisp passing in the second half created some open looks and senior Savana Yurick delivered a goal with 26:11 on the clock to increase the lead to 2-0.  Yurick was able to side step Shaler goalie Callie Shafer on a terrific move for a goal from point blank range.

Narrowly missing on scoring chances twice in the first half, junior Amanda Miller would not be denied a third time and blistered a pin-point shot from 25-yards out in the bottom right corner of the Shaler net with 19:51 left to play to cap the scoring in a 3-0 Lady Tigers victory.