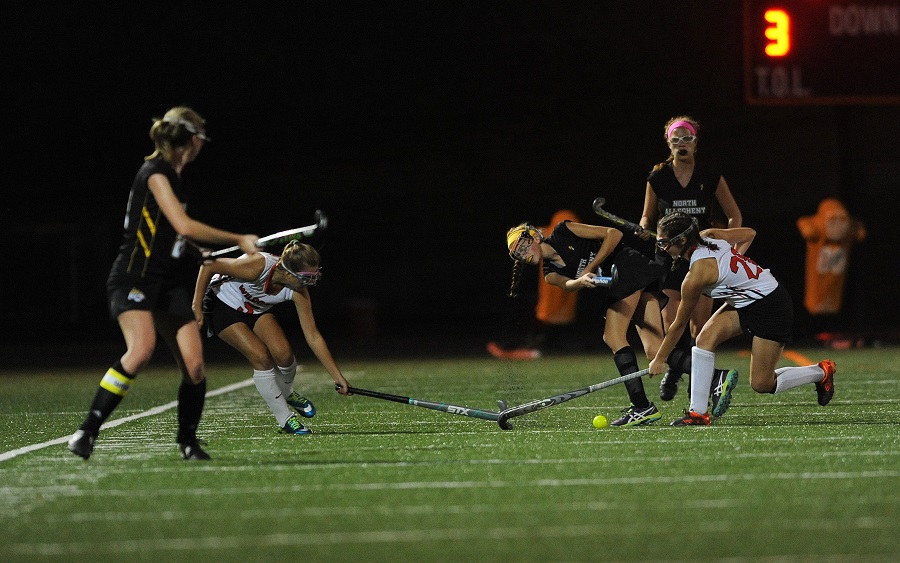 The NA Lady Tigers traveled to Latrobe on Tuesday to take on the Wildcats. In dire need of some offensive punch, Head Coach Madelyn Berkley tinkered with the front line by moving sophomore winger Angie Genter from left to right wing, pairing her with senior midfielder Brooke Cameron to solidify the strong side of the field.  The Tigers immediately responded.  Just 30 seconds into the game, Cameron passed up the wing to Genter, who crossed a perfect pass in front of the goal that was directed in by senior forward Erin Coran.

Midway through the first half, Genter tallied the Tigers’ second goal of the game, lifting a beautiful shot into the back of the net after the Wildcats’ standout goalie, Libby Jones, turned away a blast from Cameron. Then, with 6:25 left in the half, Coran scored her second goal of the contest, refusing to be denied by Jones and Latrobe’s stingy, pack-it-in defense.   For the first time in several games, NA had a comfortable lead heading into halftime.

The Tigers kept the pressure on throughout the second half, despite the fact that they were unable to add to their 3-0 lead. Lily DeNoma and Jenna Beam performed impressively on defense, thwarting what pressure the Wildcats were able to mount.

For the game, the Tigers outshot the Wildcats 18-0, and NA registered 12 penalty corners on the evening. The Tigers will return to the field on Thursday, when they host Section foe Norwin.  Game time is 6:15 pm (JV at 5:00 pm).