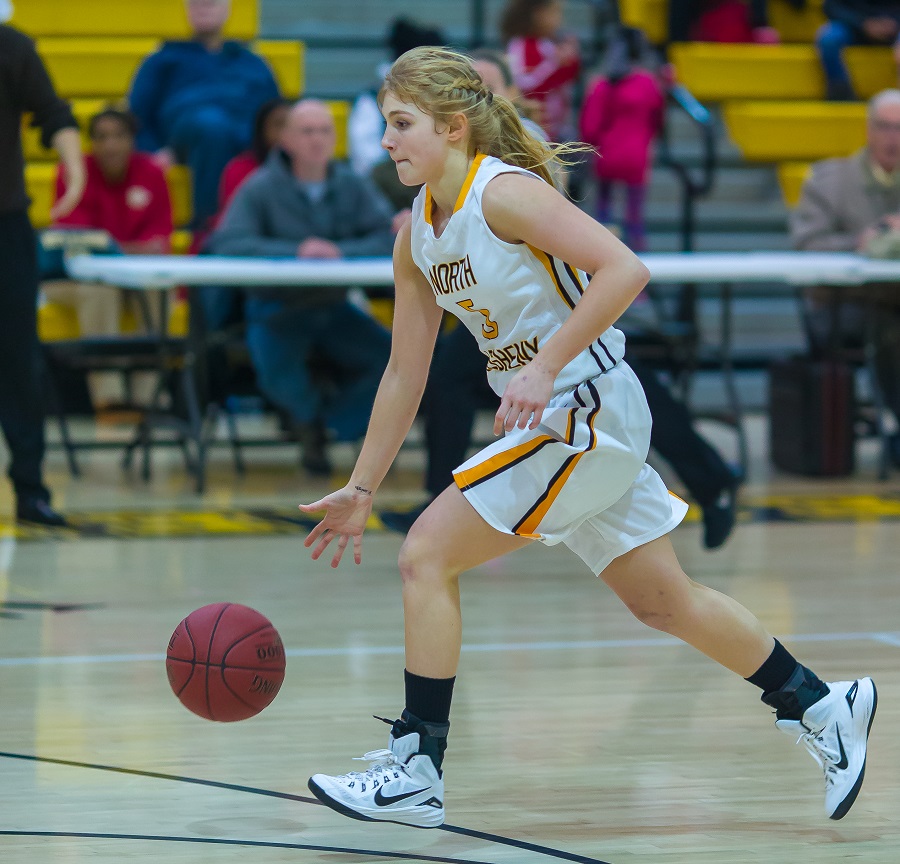 The North Allegheny girls’ basketball team defeated Seneca Valley 64-49 for their fifth straight victory and remains a half game out of  first place in Section 3-AAAA.

The Tigers jumped out to an early 21-9 lead and forced 11 turnovers in the first quarter.  Devvin LaBarge was hot early scoring 8 of her team-high 16 points in the first quarter. The Raiders cut the lead to four points at the half using a full court press to disrupt the Tigers.  The comeback started when Abby Gonzales picked up her second foul early in the quarter.

The Raiders scored the first six points of the third quarter to take their first lead at 33-31.  The Tigers got some key contributions from Haley Zeise and Taylor Lake in the paint to regain the lead as they struggled from the outside.  North Allegheny was only 2 of 15 from beyond the arc on the night.  The Tigers eventually pulled away in the fourth quarter forcing 33 turnovers on the night.

Four players were in double figures for the Tigers, Devvin LeBarge with 16 and Taylor Lake, Abby Gonzales. Haley Zeise each scored 10 apiece.  Devvin LeBarge was named the Wright Automotive player of the game for her performance.

The Tigers improve to 9-2 on the season and will take on Penn Hills in a non-section match up on this afternoon.