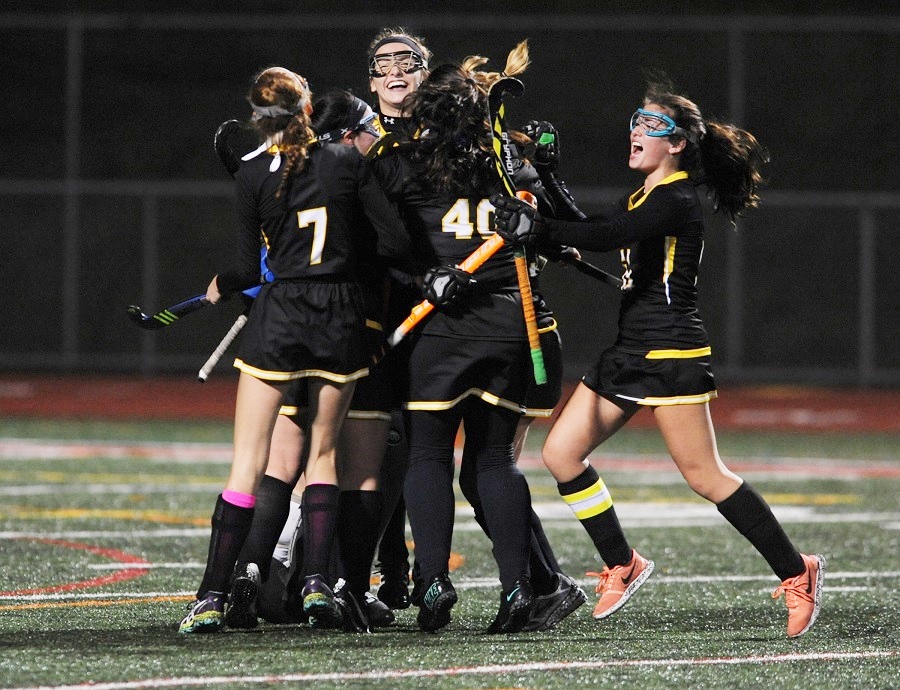 The North Allegheny field hockey team dashed Fox Chapel’s hopes at a WPIAL three-peat on Wednesday night with a thrilling 1-0 victory in the WPIAL Class AAA semifinals. It was the third straight year the Tigers and Foxes battled in the WPIAL playoffs with Fox Chapel winning the last two meetings, including a 3-0 win the semifinals last year. On Wednesday night, the Tigers earned a measure of revenge and punched their ticket to the WPIAL championship game for the fourth time in the last five seasons. In the title tilt, North Allegheny will take on section rival Pine-Richland next week.

From the outset, North Allegheny played with inspiration and passion, dictating the pace of play in the first ten minutes of the game. That consistent pressure paid off when the Tigers sprung free on a 2-on-1 break and scored with 19:26 on the first half clock. Sophomore Izzy Ingram raced down the right wing and fed a pass into the circle for senior Olivia Scherrer who beat FC goalie Marissa Hardiman for a 1-0 lead. Providing a spark to offense with her leadership and skill, Scherrer was named the Wright Automotive Player of the Game.

The two-time reigning champions picked up the intensity and nearly scored the game-tying goal with less than a minute remaining in the half but sophomore Isabella Lagazzi whistled a shot wide left and NA’s 1-0 lead remained intact.

North Allegheny spent the vast majority of the second half fending off a fiery Fox Chapel team that refused to go down lightly. NA goalie Emma Jorgensen made a key save on a shot from Michigan State recruit Paige Ryan with 23 minutes left in regulation and Ryan missed wide right on a strong scoring chance with 11 minutes remaining. With relentless pressure, Fox Chapel held an 11-1 advantage on penalty corner opportunities but couldn’t convert one into a goal.

A collective effort from the NA defense and midfield proved pivotal in the outcome of the game. Tristan Laughrey, Laura Schwendeman, Maya DeNoma, Ally Barcaskey, Jenna Beam, Kayley Cooper, Sam Marien, Bridget Russell and others helped NA stave off Fox Chapel for a 1-0 victory and advance to the WPIAL title game.

With the win, North Allegheny improves to 12-6 on the season and will take on Pine-Richland in the WPIAL championship on Wednesday, November 1 at 6:15 p.m. from Newman Stadium. The North Allegheny Sports Network will broadcast the game live.