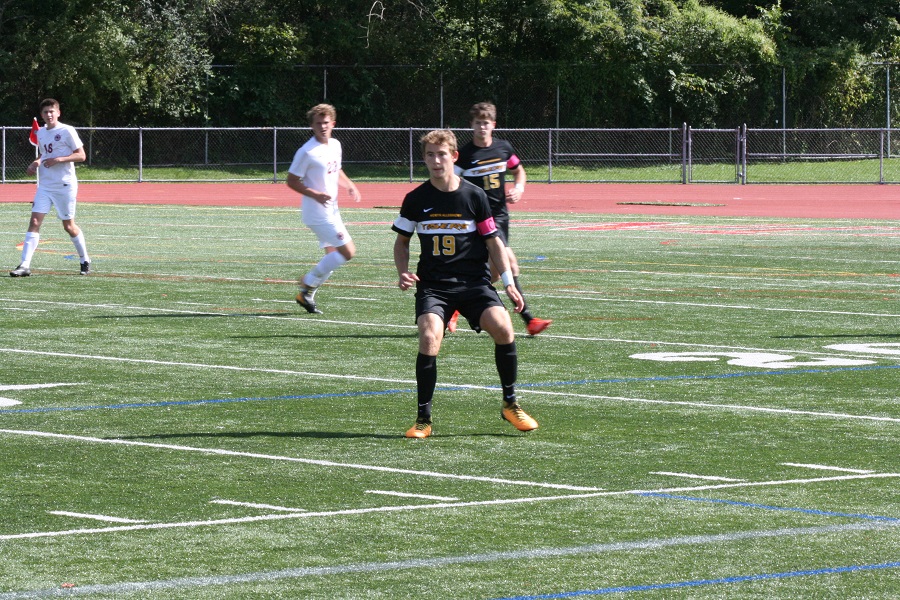 After playing each other four times last year, twice in the playoffs with North Allegheny ending Pine-Richland’s WPIAL and PIAA dreams, the long wait was finally over and it was worth the wait.

The Tigers came out on fire with Josh Luchini getting two huge opportunities in the first seven minutes of the game but couldn’t convert. It looked like North Allegheny got on the board with 30:06 left in the 1st half when Luchini set up Cameron Yurick who put it in the back of the net, but the goal was waved off due to an offsides call. North Allegheny finally got on the board when Luchini put a shot on net that was saved by the goalie but came right to Luchini who buried it from three yards out for his ninth goal of the year. The defense of Ethan Schenk, Samuel Neal, Samuel Burge and Brennan Donovan picked up right where they left off from the Shaler game, allowing no shots in the first half and at halftime North Allegheny led 1-0.

Pine-Richland made halftime adjustments and was much more on the offensive in the second half. The Rams’ offensive attack forced a foul in the box with 28:52 and proceeded to convert the penalty kick for the equalizer. The game slowed down for a little bit but with 4:57 left in the second half Pine-Richland had a breakaway but goalkeeper Grant Glorioso stood tall and made the save and the game remained tied and for the ninth time in the last 11 meeting between these two schools, the game was going to overtime.

The first overtime was a defensive struggle until 44 seconds left, when a handball was called on Pine-Richland within the box, resulting in a penalty kick. Luchini stepped up and drilled his second goal of the game and 10th of the season, giving the Tigers a pivotal 2-1 win in the section.

Luchini was the Wright Automotive Player of the Game with five shots on goal and two goals, including the game-winner.

The Tigers will be back in action Tuesday when they travel to Butler for a 7:30 p.m. start.