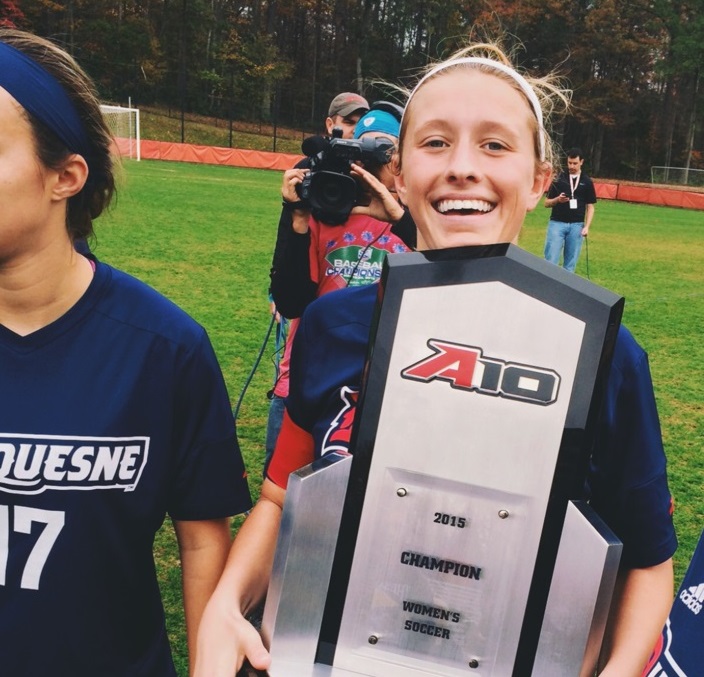 Former North Allegheny soccer player, Maddie Layman, helped the Duquesne University women’s soccer team to an Atlantic 10 Conference championship this fall. It was the first conference crown and first time the Dukes have reached the NCAA tournament in program history. Duquesne beat second-seeded Dayton in the first round on penalty kicks, topped No. 6 LaSalle in the semifinals, and defeated No. 5 Fordham for the A-10 title.  Layman, a junior midfielder, assisted on the game-winning goal in Duquesne’s 2-0 victory over Fordham.