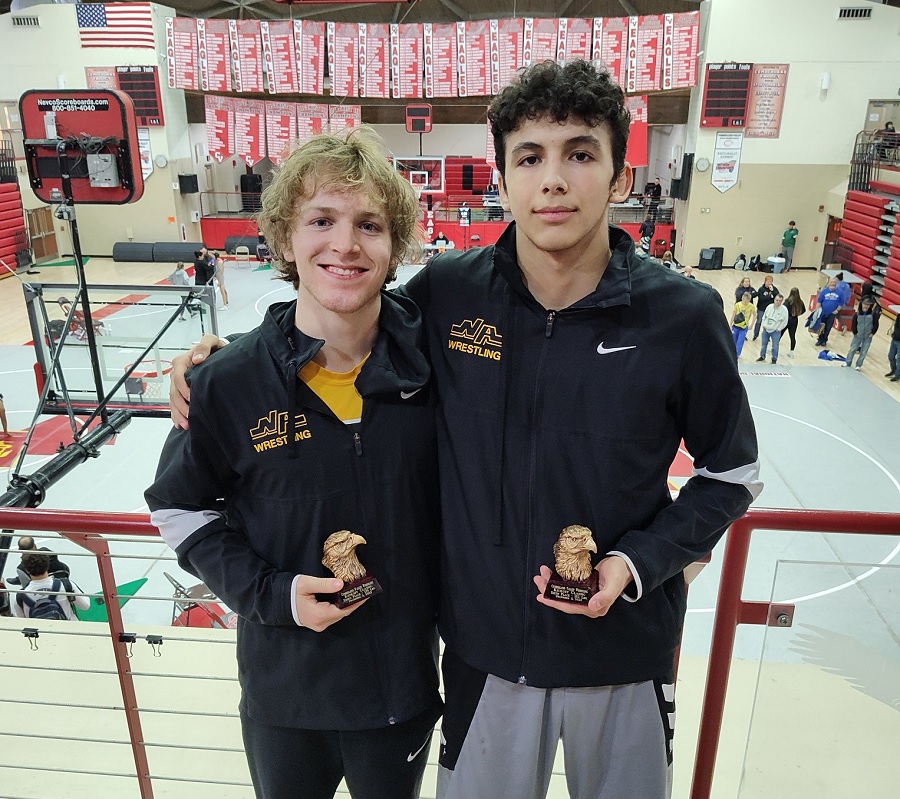 The North Allegheny boys’ wrestling team opened the 2022-2023 season at the Cumberland Valley Kickoff Classic this weekend and came away with a 13th place finish in a 24-team field. The Tigers totaled a team score of 67.5 against some of the top competition in the state.

Individually, the top performance was delivered by senior Nathan Monteparte with a third-place showing at 139 pounds. Monteparte opened the tournament with a win by fall over Montgomery’s A.J. Kroft and followed with a 5-3 decision in the quarterfinal round over Ben Brillhart of Council Rock South. In the semifinals, Chase Hontz edged Monteparte with a 5-3 decision. In the third-place consolation, Monteparte immediately bounced back with a 5-1 decision over Jack Campbell of Nazareth to win tournament bronze.

Another medalist was senior Jayson Flener, who took sixth place at 152 pounds. Flener opened with a win by fall over Remi Hocchaus of Downingtown West. Following a quarterfinal loss to Nolen Zeigler of West Perry, Flener rebounded with a consolation fifth round victory over Cody Wagner of Faith Christian Academy by an 8-0 decision. Flener concluded the night with a narrow 5-2 loss to Ean Wilson of Boiling Springs in the fifth-place consolation bout but still came away with a sixth-place medal.

In all, 13 Tigers participated in the Cumberland Valley Kickoff Classic. To view all of the tournament results, click here.

North Allegheny will look to build on its strong tournament performance with a home meet against North Hills on Thursday, Dec. 8 in the section opener at 7:00 p.m.