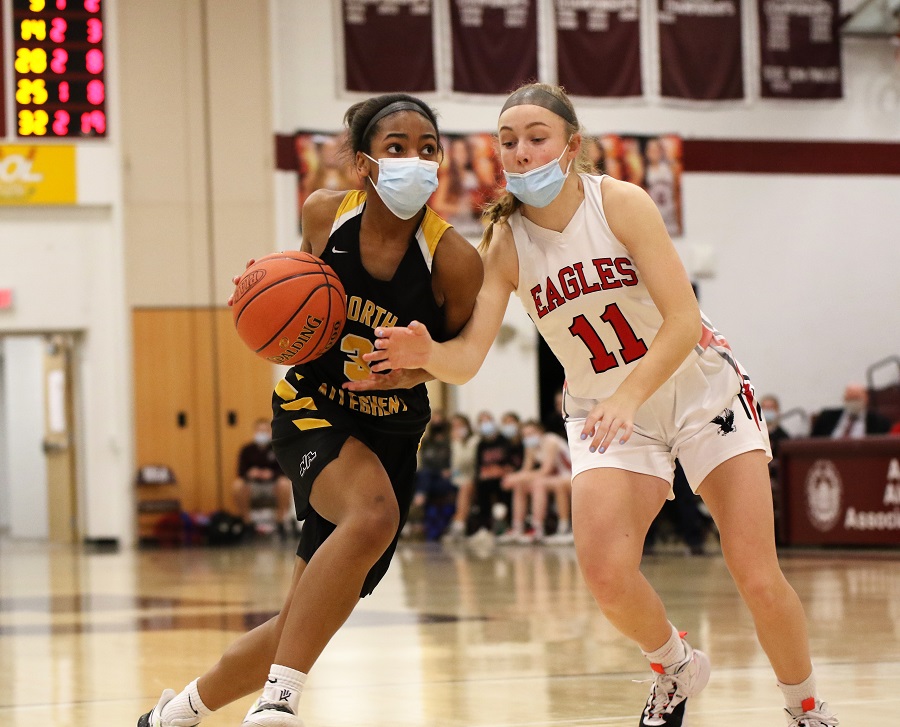 The North Allegheny girls’ basketball team punched its ticket to the PIAA Class 6A championship for the second time in program history, and first time since 2017, with a convincing 66-40 win over Cumberland Valley on Monday night. In the PIAA semifinal matchup with the Eagles, the Tigers earned a mercy-rule win for the third consecutive playoff game. NA mercy-ruled Upper St. Clair in the WPIAL championship game and McDowell in the PIAA quarterfinals in the two games prior.

Just 15 seconds into the second quarter, CV junior Natalie Parson converted a short-range basket to improve the Eagles lead to 16-11. However, North Allegheny turned the tables on Cumberland Valley and seized control with a 27-2 run for a 38-18 lead. NA was 10 of 14 from the floor in the second quarter and forced eight turnovers to spark the run.

In a complete team effort, every player on the floor had their say in the critical run, including senior Lizzy Groetsch, who scored 17 of her game-high 24 points in the first half. For her efforts, Groetsch was named the Wright Automotive Player of the Game.

In the second half, the Tigers pulled away from the stunned Eagles and opened up a 60-30 lead late in the third quarter to invoke the mercy rule.

With the win, North Allegheny improves to 26-1 overall, while Cumberland Valley’s season comes to an end with a 22-2 record. The Tigers will play in the PIAA Class 6A championship game on Friday night at 5:00 p.m. at the Giant Center in Hershey.