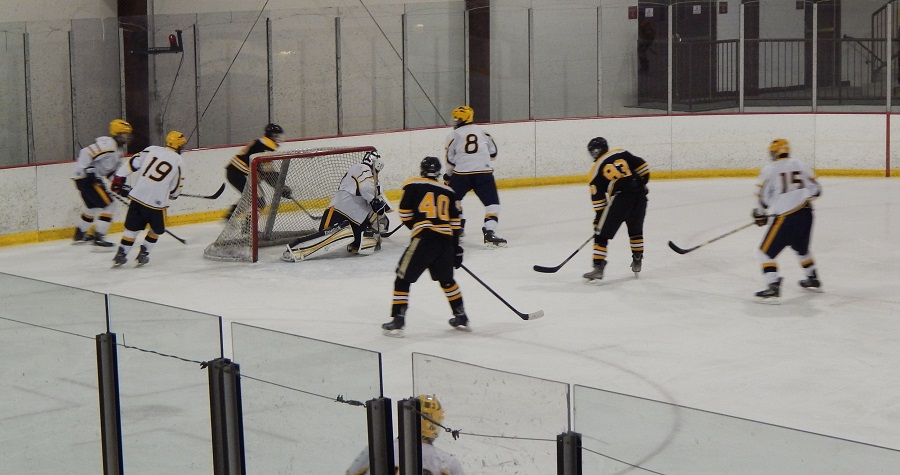 North Allegheny erased an early two-goal deficit for a 6-3 triumph over the Pittsburgh Central Catholic Vikings on Tuesday night.  Sophomore Erik Chidester notched a hat trick and the Tigers scored six of the final seven goals to pull out the win.  The victory sets up a showdown with the Peters Township Indians for first place in the Class AAA standings on Thursday night in Warrendale.  NA sits in first place with 31 points and Peters Townships is just two points back in second place.

The night started ominously for the Tigers as Tepe Jake and John Staley tallied first period goals to give Central Catholic a 2-0 advantage. However, North Allegheny tied the score by the end of the second period thanks to goals by Chidester and Dawson Richard.

The Tigers broke the 2-2 deadlock by scoring four goals in the final stanza and turned a tight game into a comfortable win.  Chidester tallied two markers, along with goals from Dominick Zangaro and Matthew Heil, to give North Allegheny a 6-3 win on road ice.

In net, Tigers goalie Douglas Wild was the winning net minder, stopping 16 of 19 shots in his direction. Central Catholic goalie Kevin Dziubek made 28 saves in a losing effort.

North Allegheny improves to 14-2-3 with victory while Central Catholic slips to 6-11-2 on the season. The Tigers host Peters Township on Thursday night at 8:00 pm.