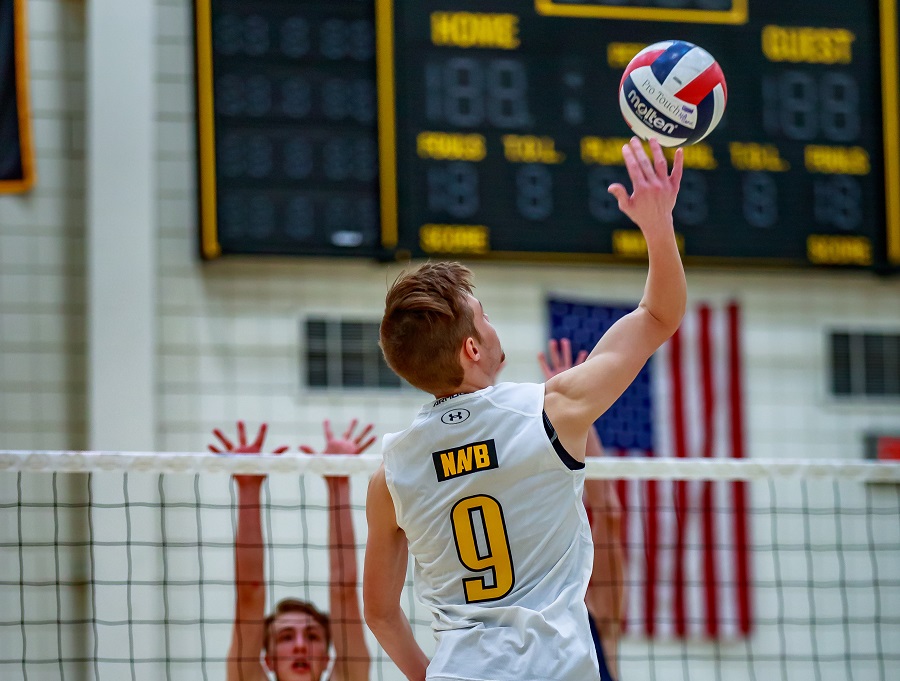 In a matchup that has become a tradition the Friday preceding the WPIAL playoffs, North Allegheny shut out Class AA foe Ambridge 3-0 in the two teams’ final tune-up before the postseason. The Tigers won the home match by set scores of 25-16, 25-16 and 25-11.

Each team now awaits Monday’s unveiling of the WPIAL playoff brackets. NA is expected to earn the top overall seed in Class AAA.

The Tigers started quickly in the first set of Friday’s contest, jumping out to leads of 5-0 and 8-1 before taking the set by a nine-point margin. A balanced attack led the NA offense, as four players registered at least three kills: seniors Seth Russell, Luke Visgitis and Eric Visgitis as well as junior Canyon Tuman.

For his efforts, Russell earned the honor of Wright Automotive Player of the Game.

Ambridge hung in with NA in the early stages of the second set. With the score tied 8-8, however, the Tigers began to separate themselves. Then, at 18-14, they rattled off five-straight points to put the set out of reach.