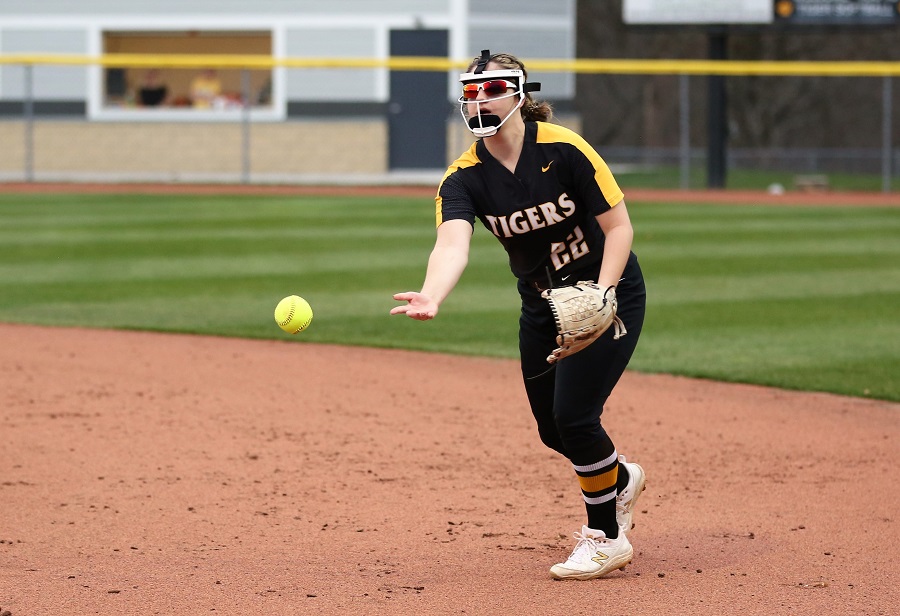 North Allegheny earned its second section victory by defeating Butler, 17-0, on Wednesday in three innings.  Originally slated to travel to Butler, the Tigers instead hosted the late-night matchup due to poor field conditions.

The Tigers started strong, scoring four runs in the bottom of the first inning.  Senior Alaina Whipkey sparked the offensive action with a double. Freshman Sammy Plotsko followed suit with a double of her own, scoring Whipkey.  A single by junior Annalyn Isaacs scored sophomore Rachel Rusnica, who entered the game as a courtesy runner for Plotsko. Then junior Mayson Brokos drove in Isaacs with a triple to the right field fence for a 4-0 lead.

The Tigers didn’t stop there, though.  After their defense retired three batters in a row in the top of the second, the NA lineup got back to work and scored 13 runs in the bottom of the inning.  Plotsko tagged her second double, earning three total RBIs on the day.  Isaacs also doubled, collecting four total RBIs. Whipkey capped the Tigers’ offensive with a grand slam over the center field fence. It was Whipkey’s second grand slam of the season.

Plotsko started for the Tigers in the pitcher’s circle and earned the win, holding Butler to one hit and striking out three.

North Allegheny improves to 6-2 overall and 2-1 in Section 2-6A, while Butler falls to 0-4 overall and 0-3 in the section. The Tigers will travel to Seneca Valley tomorrow for another section contest. The game is scheduled to begin at 3:30 pm.