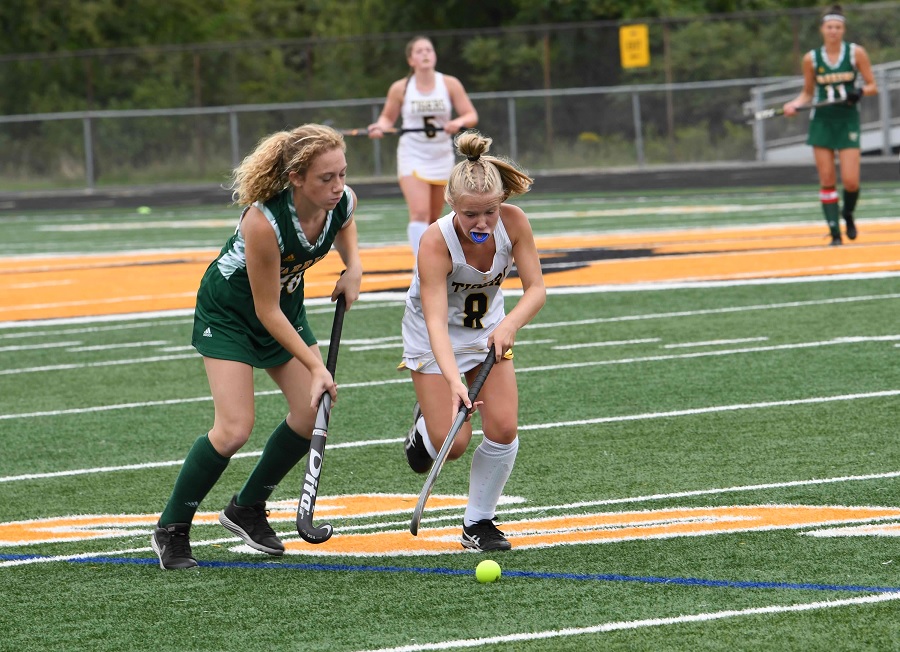 The Tigers didn’t waste any time and scored the first goal of the day just 3:14 into the contest. Senior Lauren Kampi drove a ball in front that was tipped in for a goal by junior Isla Abrams for a 1-0 lead.

Early in the second quarter, Abrams struck again with 13:46 on the clock to increase the NA lead to 2-0.

North Allegheny’s propensity to score early in a period continued in the fourth quarter when sophomore Josie Schomburg tallied a tip-in marker with 12:51 left in the quarter and the Tigers’ advantage grew to 3-0. Kampi, who assisted on the Schomburg goal, netted one of her own with 4:58 left in the fourth period to close out the scoring in a 4-0 win. With one goal and two assists, Kampi was named the Wright Automotive Player of the Game.

The shutout was the second on the season for senior goalie Jordan Ashbaugh. The two-time All-WPIAL netminder made six saves on the afternoon, including a sprawling stop near the end of the third period. Ashbaugh was aided by the fine defense provided by Leah Mouganis, Abby Hershberger and Callie Rautenbach.

North Allegheny improves to 4-1 overall on the season with the non-section win. The Tigers return to section play on Tuesday night with a visit to Hempfield.