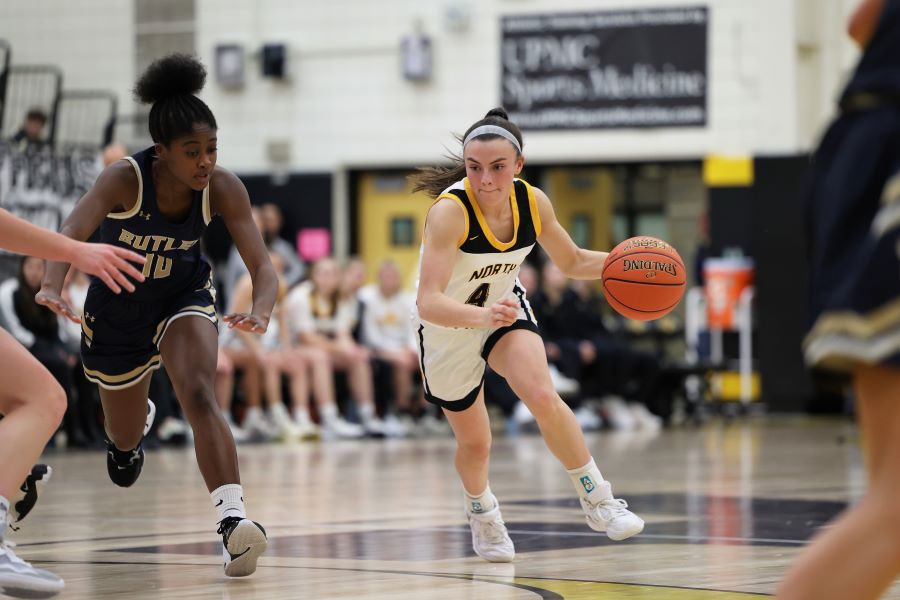 North Allegheny bombarded Butler under a barrage of 3-pointers enroute to a 64-47 triumph over the Golden Tornado in a Section 1-6A contest on Tuesday night at UPMC Court. Its the 25th consecutive win for NA over Butler in the head-to-head series.

The Tigers poured in 14 shots from beyond the arc, including nine in the first half, to build a 35-18 lead by halftime. NA outscored Butler, 21-9, in the second quarter to take command of the contest.

Butler opened the second half on a 6-0 run with all six points coming courtesy of senior guard Justine Forbes to trim the NA lead to 35-24. However, that was as close as the Golden Tornado would come. Junior guard Caroline Henderson paced the NA sharpshooters with five 3-pointers on her way to a 15-point performance. For her efforts, Henderson was named the Wright Automotive Player of the Game.

With the win, North Allegheny improves to 6-3 overall and 2-1 in Section 1-6A. Butler slips to 6-7 overall and 1-2 in the section. The Tigers look to make it three straight wins on Thursday night with a visit to Seneca Valley at 7:30 p.m.