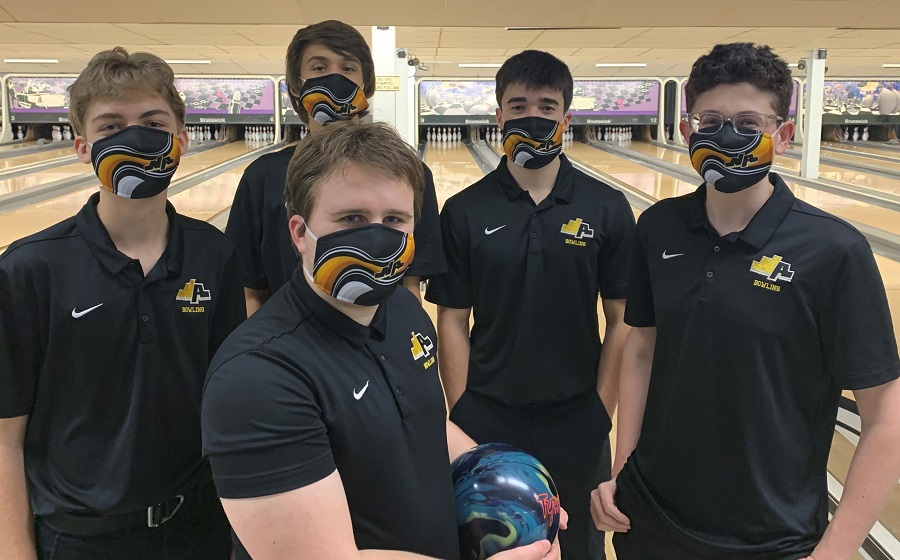 The Tigers returned to match play on Wednesday to take on the Shaler Titans for the second time this year.  Much like the first meeting, the Tigers proved to be too much for the home team.

Cook handed over the reins to Scheidler in Game 2.  Scheidler threw two four-baggers himself, leading all bowers with a 233.  Jorden added a 201.  NA continued to dominate, 983-850.

For the second time this season, the Tigers dipped below the 1000-pin threshold during the second game of the match.  Once again, this proved to be the catalyst to spur the Tigers back on the prowl. Scheidler threw a wild turkey during Game 3 and ended the match with the highest game of the competition, 254.  Junior Gavin Rush added his name to the leaderboard with a 238.  All five Tigers banded together to throw a team and season high, 1114 pins (Scott-225, Jorden-206, and Cook-200.)  NA won the third game in a convincing fashion, 1114-863.

Winning all three games as well as the total pin fall, netted the Tigers a 7-0 victory, and a 3-0 record for the season.  During today’s contest, NA knocked over a season high 3198 pins versus Shaler’s 2529.  Shaler was led by Jonathon Zang’s 609 series.  The Tigers remain the only unbeaten team in the WPIBL North.

As individuals, the Tigers also hold 7 of the top 8 positions in the WPIBL North.

Senior Alexis Robinson led the Lady Tigers with a high game of 200 and a series total of 499.

The next match for both the Boys and Girls teams is this Friday, January 15th as the Tigers travel to Raider territory to take on Seneca Valley. This is a make-up match that was originally scheduled for late December.