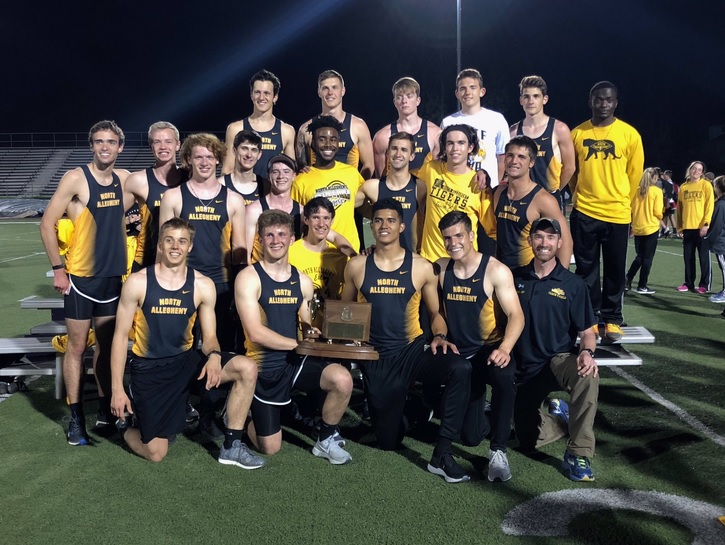 The North Allegheny boys’ track and field team won the WPIAL Class AAA championship on Monday afternoon at Baldwin High School and the Lady Tigers were WPIAL runners-up. The NA boys defeated Butler, 94-56; Hempfield, 112-38; and Norwin, 112-38; to win the championship for the 13th time. Senior Ayden Owens won four events and set the school record in the 100-meter dash with a time of 10.64 seconds. The USC commit also won gold in the 100 hurdles, 300 hurdles and long jump.

The Lady Tigers defeated Hempfield, 79-71, and Norwin, 79-71, to finish second. It came down to final event of the night, the 4x400m Relay, to determine the outcome for the Girl’s meet. Butler won the WPIAL girls’ title for a second straight season by defeating the Tigers, 99-51.

The next meet will be the WPIAL Individual Championships (state qualifiers) which will be held at Baldwin High School Thursday, May 17.  The PIAA state meet will be held on Friday, May 25 and Saturday, May 26 at Shippensburg University.