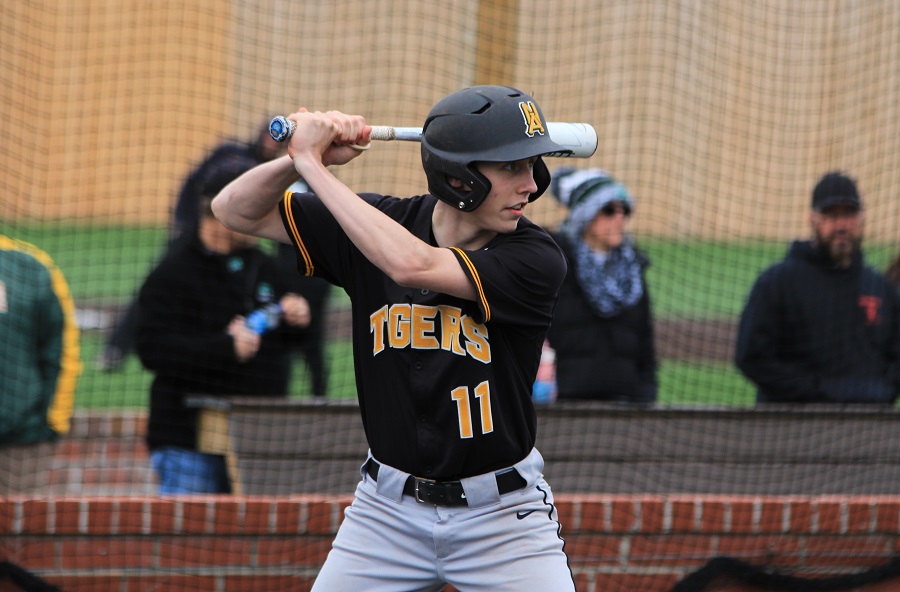 The North Allegheny baseball team capped the regular season schedule on Thursday afternoon with a 2-0 victory at Upper St. Clair in non-section action.

Involved in a pitcher’s duel for the second straight day, the Tigers had only two hits against the Panthers but managed to two score two runs in the fifth inning to pick up the win. Back-to-back errors in the top of the fifth allowed David Posey to score and a wild pitch brought home Ethan Gavlik later in the inning for a 2-0 lead.

Junior pitcher Aaron Galaska (3-0) scattered eight hits in 6.2 innings of shutout baseball to earn his third win of the season. Upper St. Clair loaded the bases with two outs in the seventh inning but sophomore Spencer Barnett entered the game in relief and struck out the final batter for his first career save.

North Allegheny ends the regular season with a 17-3 record, while Upper St. Clair drops to 8-9 on the season. The Tigers await their opponent and seeding for the WPIAL playoffs, which begin next week.